Rich Gillock learned the racing business from his grandfather, Mike, and has been around The Meadows since it opened in 1963. He earned his trainer’s license at the age of 18 in 1974 and has been one of the track’s leading conditioners for four decades.

Some of his top performers remain on the list of the track’s all-time greatest horses: Amber’s Will, Miller’s Aussie, Northwest, Junket, Jet Pace, Execujet, Yankee Bart and Encore Encore. Currently, he trains a stable of 40.

He has been involved with the MSOA for over twenty years, joining the Board of Directors in 1994. He is serving as the group’s President for the second time.

The Belle Vernon, PA native has raced throughout North America, but has based his operation at The Meadows throughout his career, supporting not only Pennsylvania’s pari-mutuel tracks, but the fair circuit as well. His brother, Mike, is also an active owner/trainer/driver, as is his nephew, Mike Sutton. 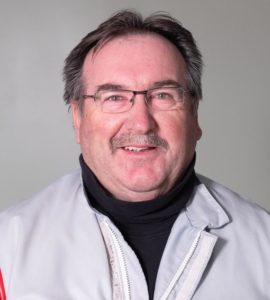 Dirk Simpson has spent most of his life in Southern Illinois, about 5 hours South of Chicago and Springfield. He graduated from Fairfield Community High school in 1975. His father, Buddy Simpson, was an owner, trainer and driver, while Dirk and his brother and grew up on a farm with horses. He has been either riding or training horses most of his life.  His first job was at 12 as groom outside the family, taking care of horses for $75 a week.
Dirk attended Eastern Illinois University for 2 1/2 years but driving to Fairmount Park on the weekends to drive pretty much kept the bug in his heart and he eventually quit college and went back to the farm to train horses. He has also worked as a second trainer for Tex Moats, and privately trained for Walker Standardbred Farm in Illinois.  Until Dirk moved to The Meadows  in 2013, he only trained 2- and 3-year-olds and the occasional 4-year-old.  “It was nice to move here and be able to expand my stable to all ages of horses,” he says.  “I currently train 25 horses and seem to be lucky enough to stay close to that number. I stable all my horses at The Meadows.”

Tim Twaddle grew up near Garden City Raceway in his hometown of St. Catherines, Ontario.  Through a family connection, he met horseman Bill Carroll as a a teen and started working in the barn area on the weekends and during breaks from school, and eventually received his driver’s license in late 1983.  By the early 1990s, he became one of Canada’s top drivers, handling horses for the powerful John Burns Stable.  He drove Jugette and Breeders Crown winner Towner’s Image, as well as Breeder’s Crown winner Hardie Hanover.

In the late 1990s, he moved to The Meadows, where he was a sought-after catch-driver.  Eventually, he moved to the California circuit, but returned to The Meadows in the fall of 2006.  While his original plan was to return to catch-driving at his former track, a racing injury left him with nerve damage in his hand, which continues today.

Twaddle now trains a stable of nine, and enjoys serving his fellow horsemen as part of the MSOA Board.

He resides in Canonsburg with his wife, Sophia, and their children, Meadow, Lexi and Parker.

Born and raised outside of Detroit, Lori has been involved in harness racing since her teens. In the early 1970s she spent summers working for Ray Romanetti and his parents here at The Meadows. When back in the Detroit area, she was an avid racing fan at Hazel Park, Windsor and the now closed DRC.

In 1989 she married Ray and once again became actively involved in harness racing in the NY/NJ area where they made their home.

A career in cardiovascular technology and diagnostic ultrasound led her to work for Hewlett-Packard, Philips and Siemens where she traveled extensively both in the US and abroad working with leading physicians on product development and then eventually moving into the medical sales arena. A transfer led the family back into the Pittsburgh area in 1997 and back to The Meadows.

Currently she owns 10 trotters which include, her favorite, Santana Bluestone. At home on their farm, broodmare care, foaling and breeding is where her heart lies and is her favorite part of the business.

Stu Williams, who has been involved with the Meadows and Standardbred racing for decades, returned to the MSOA Board in 2015.  He bought his first horses upon graduating from The Georgetown University Law Center.  Eventually, his interest led him to become one of the owners of the track along with Ed Ryan, Joe Hardy and others.  He worked with the MSOA to overturn the veto by the Pennsylvania governor of the off-track wagering bill.  Following his tenure as one of the track’s owners, he continued his affiliation with the sport by expanding his horse ownership and becoming involved as a breeder.

He is currently a partner in the law firm of Wilson Sonsini, an international law practice with emphasis in technology and life sciences. He also serves as the managing director of Sports Facility, LLC, which owns the Washington Wild Things professional baseball team and the Pennsylvania Rebellion, a professional women’s fast-pitch softball team.

Stu and his wife, Frani, own and breed horses under the stable name Shanamphilaniklou, Inc.  He has served several terms on the MSOA Board.

Jack Piatt has been a lifetime resident of Washington, Pennsylvania. After graduating from Trinity High School, he attended the University of Tampa (1967-1969), and also served in the Army and Air National Guard for 6 years.

As a horse owner for more than 35 years, his family owned and operated Meadow Lands Farm from 1982 until 2002. The farm stood four stallions, breeding over 200 mares each year. He and his wife, Linnea, and have been married for 40 years, have four married sons and 8 grandchildren.

He says, “This is an important time for horse owners in Pennsylvania. I feel that my experience as a business owner as well as my years of involvement in the Standardbred industry give me insight into the issues and challenges that we will be facing in the future.” 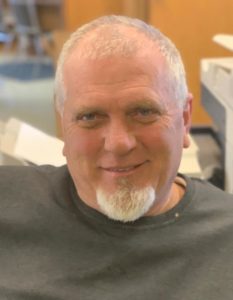 Gary Johnston has been involved in harness racing for nearly five decades.  As the son of a trainer he jogged his first horse at the age of 12 and drove in his first race a few years later. He now leaves the driving to his son, Shawn, and trains a stable of 10-15 horses. His other son, Aaron, is also involved in the sport as a trainer/driver with a stable of eleven. The family travels the county fair circuit across Pennsylvania, and their home track is The Meadows.

Timothy Betts is a third generation horsemen with a rich family history at the Meadows.  His grandfather Gibby Betts raced at The Meadows when it opened in 1963. His father, Dr. Barry Betts, was a veterinarian at the Meadows for 27 years.  His brother, Scott Betts, currently trains racehorses while his brother Andy & himself own and breed over 55 horses.

Betts attended Washington & Jefferson College, earning his bachelor’s degree in Biology.  He then went on to get his doctorate at Lake Erie College of Medicine. Tim is a Medical Science Liaison for Boothwyn Pharmacy.

Betts now has a daughter and hopes to help keep the sport alive so that one day she can carry on the family tradition!

Lisa earned a B.A. degree in Accounting from Grove City College.  After college, she spent four years working for one of the world’s largest accounting firms.  She continued to own racehorses during that time. Upon moving back home to Cochranton in the early 1990’s, she fell in love with racehorses all over again!  She trained horses side by side with her father, Boots Dunn, until his death in 2016.

She currently has a stable of 10 horses in training.  She also manages the Dunn Stable breeding operation, which foals up to ten broodmares each year.  Her favorite horses over the past forty years are Keystone Hank, who was an invitational pacer during his racing career at the Meadows; and Classicality, who has been named the Meadow’s Aged Trotter of the Year two separate times and Trotter of the Year in 2018.

Lisa resides in Cochranton, PA, and has two sons, Garrett and Wyatt.