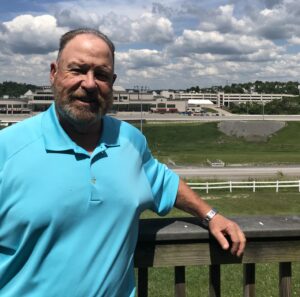 Hankins operated a public stable in Chicago and on the Illinois stakes circuit for over 20 years. He campaigned national season’s champions Jubilee Triton and Tiny Laramie, and Illinois stakes winners Fire And Smoke, Dandy Randy, Indian Anna, and Sandy Jane. He also founded Hankins Standardbred Agency, a Standardbred marketing firm, which sold over $21 million worth of horses privately and at public auction for its clients. He also owned Illini Standardbred Sales, Ltd., Illinois’ premier yearling auction.

Kim served on the board of directors of the Illinois Harness Horsemen’s Association for 12 years, with five terms as president and seven terms as vice president. He represented Illinois on the USTA Board for 12 years—including five years as chairman of the Driver/Trainer Committee—and chaired the industry-wide ad hoc Sulky Standardization Committee.

He served as a paddock, placing and patrol judge at the Chicago tracks before moving to California to serve as executive director of the California Harness Horsemen’s Association for three years before heading east to join the Meadows Standardbred Owners Association as Executive Director.

Currently, he also serves as the First Vice President of Harness Horsemen’s International and Secretary of the Pennsylvania Horse Racing Association. 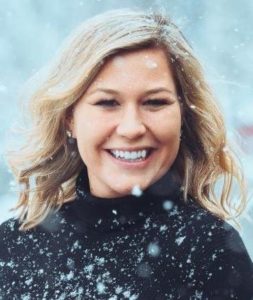 Dawnelle has been involved in the sport all of her life, part of a family that has owned and raced Standardbreds at The Meadows for many years.  She is responsible for the MSOA’s presence on all social media, as well as organizing various events throughout the season for the organization.

She graduated from Youngstown State University’s Williamson College of Business Administration with a degree in Marketing and a minor in Information Systems. She studied abroad in Stirling, Scotland, immersing herself in international business and finance classes.

She interned at the MSOA and The Meadowlands Racing & Entertainment in East Rutherford, NJ before coming aboard full-time with the MSOA in 2017.