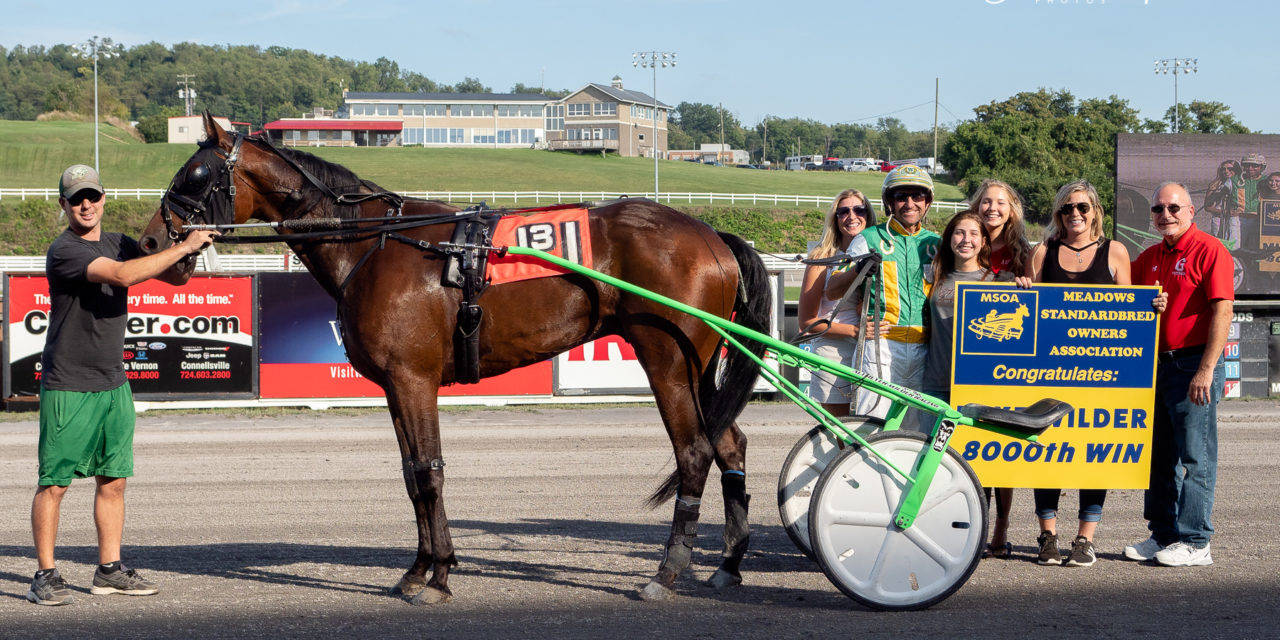 Mike Wilder collected career win 8,000 Tuesday at The Meadows when he drove Music N Small Talk to victory in race 13. He achieved his milestone in dramatic fashion, winning six on the day and sweeping the final three events on the card.

“You always dream about getting milestones and winning a lot of races, but it’s a lot of hard work, a lot of dedication and a lot of help along the way,” Wilder said. “I’ve worked for a lot of good barns that had a lot of good horses. I’m very blessed and fortunate to be able to do what I’ve done.”

A native of Springfield, Ohio, Wilder, 47, began jogging horses when he was 8 under the tutelage of his stepfather, David Ritter, who trained Standardbreds at the Shelby County Fairgrounds. Wilder was a phenomenon at Lebanon Raceway, where he won 13 driving titles, and he captured two driving championships at Scioto Downs before moving his tack to The Meadows in 2001.

Throughout his career, Wilder has been a model of consistency. He’s piloted at least 198 winners in each of the last 26 years, and he’s earned more than $1.1 million in purses for the last 21 years consecutively.

For Wilder, harness racing is a family affair. His wife Heather is an in-demand MC for harness awards banquets as well as a contributor to Harness Racing Update. She recently was elected president of the United States Harness Writers Association Keystone Chapter.

“She loves everything about the sport,” Wilder said, “and she’s happy to do anything that will help harness racing.”

They both help Heather’s father, noted trainer Dan Altmeyer, with his 10-horse stable, and they’re assisted in that task by their teenage daughters Scarlett and Lauren.

“Scarlett is a senior in high school this year, and when school started, I lost my help,” Wilder joked.

Although Wilder continues to roll up wins at a relatively young age, he foresees a day when he’ll change his focus.

“You’d like to drive forever, but this game will soon enough catch up to you,” he said. “I definitely would like to evolve into training, kind of follow in my father-in-law’s footsteps. I know there’s only one Dan Altmeyer, but he’s a great teacher.

“I love being around babies and training them. Someday I’d like to do the baby scene in Florida in the winters and come back up here in the spring. When that will be I don’t know, but like I said, we can’t drive forever.” 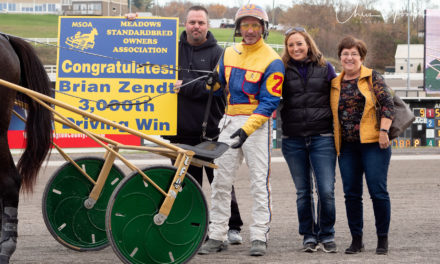 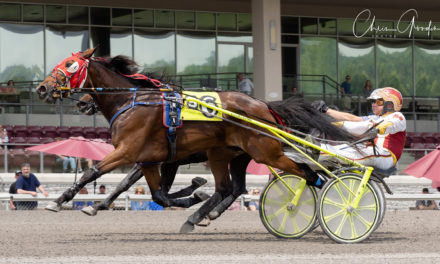