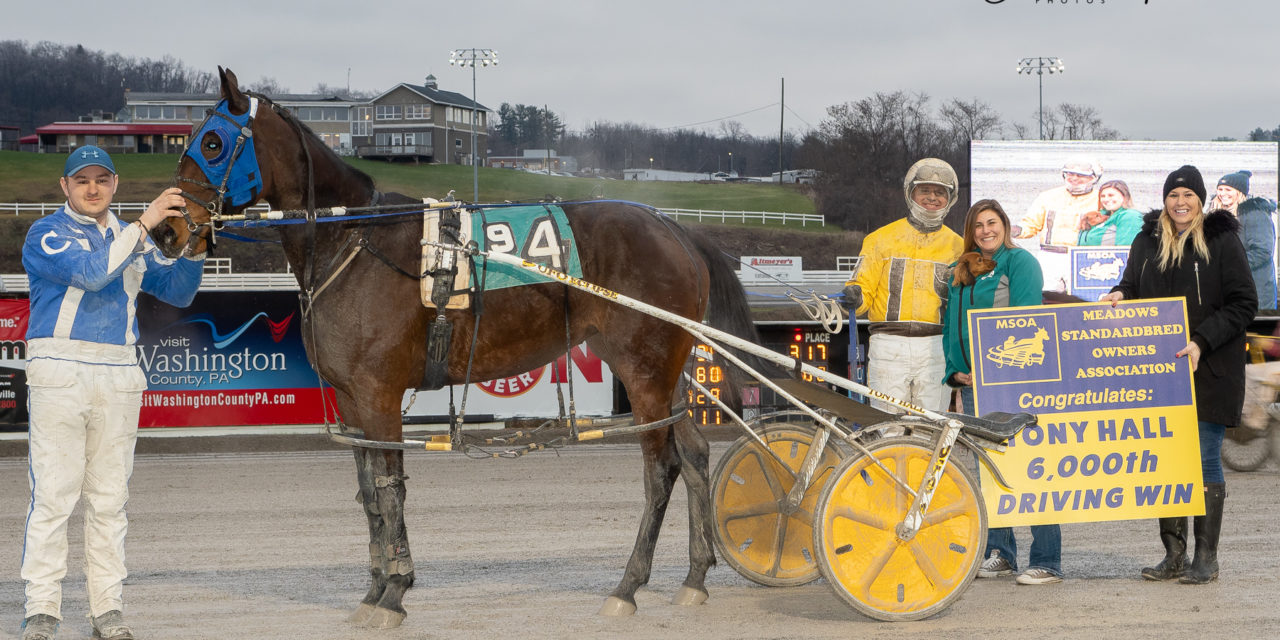 Tony Hall collected career win 6,000 Tuesday at The Meadows when he piloted Blooming Sunflower to victory in the ninth race. Hall reached the milestone with three Tuesday wins, all for trainer Cory Kreiser.

Hall, 41, grew up in Carlisle, Ohio near Lebanon Raceway, where he began his career and won several driving titles. He moved from Lebanon to Northfield Park and relocated to The Meadows in 2006. Hall indicated that early on, his professional goals were modest.

Hall has dabbled with training and considers that an option for the future.

“I’m hoping to drive for about five more years, then do something else. I’ve thought about training — that’s always a possibility — but it would have to be the right circumstances.”

Among his most memorable drives, Hall cites his back-to-back Ohio Sires Stake championships (2018-2019) with the filly pacer Queen Of The Pride and his 2009 Courageous Lady triumph with Sand E Fiftyfive.