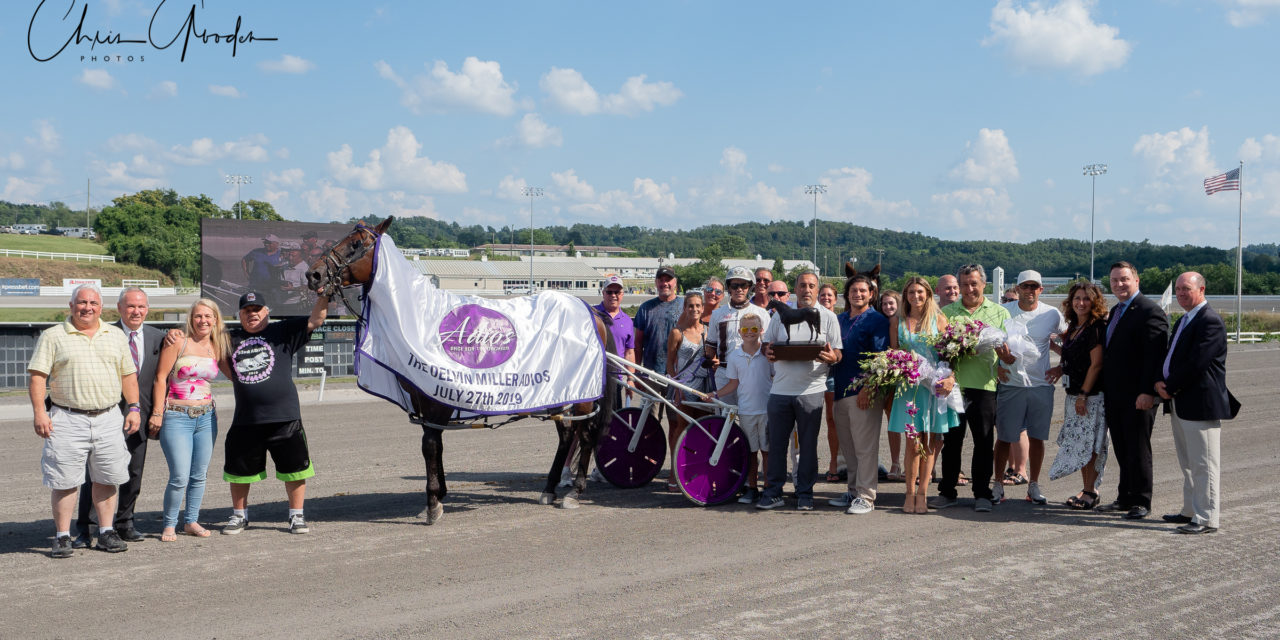 By Evan Pattak
WASHINGTON, PA, July 27, 2019–Five weeks after undergoing emergency surgery for hernia repair, Southwind Ozzi blazed to victory for Brian Sears in 1:48 in Saturday’s $400,000 final of the Delvin Miller Adios Pace for the Orchids at The Meadows. It was the second-fastest mile in the 53-year history of the Adios, missing Bolt The Duer’s 1:47.4 record (2012) by a tick.
It was the third Adios title for Sears, who triumphed previously with Pine Valley (2001) and Delmarvalous (2010). Bill MacKenzie, who trains the son of Somebeachsomewhere-Southwind Solara for Vincent Ali, Jr. and Alma Iafelice, became an Adios victor in his first appearance in the stake.
Southwind Ozzi came through his surgery well, though surgeons had to remove a testicle during the procedure. Thus, Southwind Ozzi goes into history as the first ridgling to win the Pace for the Orchids.
‘Ozzi’ and Sears got away fourth, watching as Prince Of Tides and Dave Palone threw down sizzling fractions of 25.3/53.3. When he saw that, Sears said, he was comfortable sending ‘Ozzi’ first over.
“I liked the way things were setting up,” he said. “They were going so fast that they couldn’t really shut it down that much. I had sent him first up before, and he didn’t seem to mind it. He’s a pleasure to drive. He makes my job easy.”
‘Ozzi’ overwhelmed Prince Of Tides and drew off to score by 7 lengths while Prince Of Tides gamely held off Stag Party for place. Informed that he had narrowly missed the Adios record, Sears replied: “I’m not one who goes after records. I like to win.”
MacKenzie indicated he was not surprised that ‘Ozzi’ rebounded so well from surgery or that he tossed off a near-record performance.
“That’s what great horses to, and after the way he raced today, I’m beginning to think he’s a great horse,” he said. “He’s never raced badly for us. I told Brian that if he had to come first over, I didn’t think it would matter.”
He said ‘Ozzi’ won’t race next week, although he’ll still work on MacKenzie’s Cranbury, NJ training track.
“After that,” he said, “we’ll consider the options.”
ADIOS NOTES. Ron Burke, who Friday became the first trainer with 10,000 victories, padded that total with four wins on the 16-race card, a number matched by Tim Tetrick . . . In a $30,000 3-Year-Old Open that pitted seven Adios contestants who didn’t make the final, Highlandbeachlover sprang a 16-1 upset for Aaron Merriman and trainer Kelly O’Donnell. 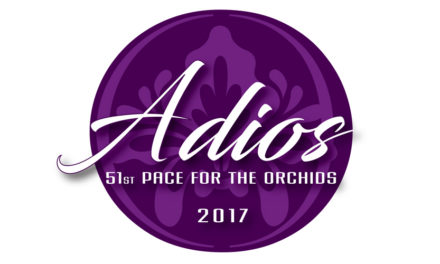 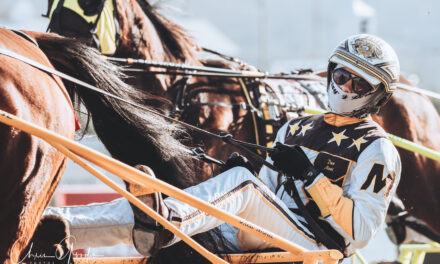