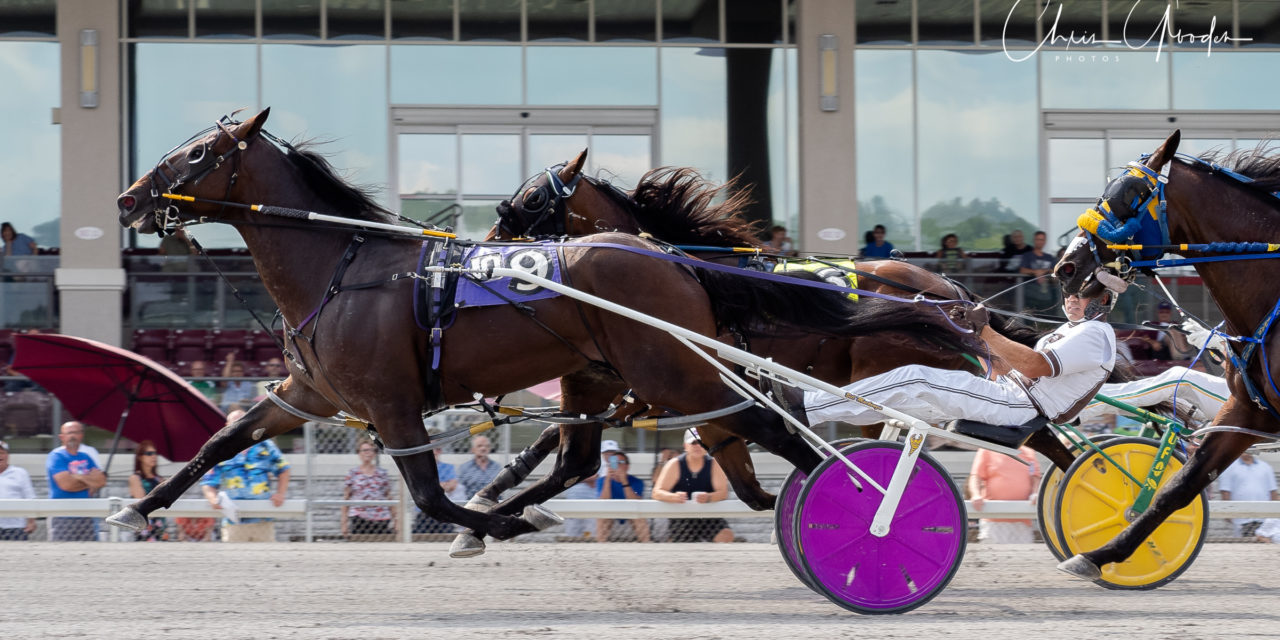 by Evan Pattak
Southwind Ozzi, Prince Of Tides and Captain Victorious each won an elimination of the Delvin Miller Adios Pace for the Orchids Saturday (July 20) at The Meadows and will advance to the July 27 $400,000 Adios final. They’ll be joined by six others who qualified for the final: Branquinho, Wild Wild Western, Reigning Deo, Quatrain Blue Chip, Escapetothebeach and Stag Party.

The elimination winners will choose their post positions, with their order of selection determined by lot. The other post positions will be determined by random draw set for 12:30 p.m. Tuesday. The Adios Day card begins at 11:25 a.m., with the Adios set for race 15 on the 16-race program, a blockbuster card that includes five other Grand Circuit stakes as well as the $50,000 Foiled Again Invitational Pace.

Southwind Ozzi had the fastest and toughest mile, as he found a seat fifth from post 9 and had to move first over for Brian Sears. He wore down the leader, Stag Party, and triumphed in 1:49.3. Early leader Escapetothebeach was second while Stag Party saved the show.

“I was tickled to death when he dropped in because I knew he would get a good trip from there,” said Bruce Baker, second trainer for winning conditioner William MacKenzie. “First over doesn’t bother him; he likes it. He’s an amazing horse. He’s got speed, he can leave, he can come home.”

The son of Somebeachsomewhere-Southwind Solara pushed his career earnings to $126,249 for owners Vincent Ali, Jr. and Alma Iafelice.

Prince Of Tides had a less stressful journey, as he retook near the quarter for Dave Palone and opened a daylight lead that triggered a mad scramble for the remaining two qualifying positions. Those went to Reigning Deo in second and Quatrain Blue Chip in third. The winning time was 1:49.4.

“He’s a versatile horse, but I’d rather be against the cones in the last turn,” Palone said. “He’s a big horse. I had to go to a bigger bike on him to make sure he didn’t hit it. But he’s beautiful to drive.”

Captain Victorious was in firm control after his quarter-pole move to the point, although winning driver Yannick Gingras indicated he kept after the son of Captaintreacherous-Belclare.

“I had to keep him to his task in the stretch,” Gingras said. “He definitely is a lazy horse, and he goes what you ask him to go. If you really get after him, he’ll take off in another gear, but we didn’t need to do that.” 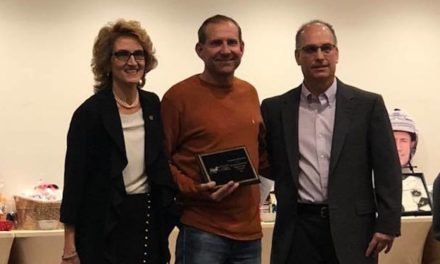