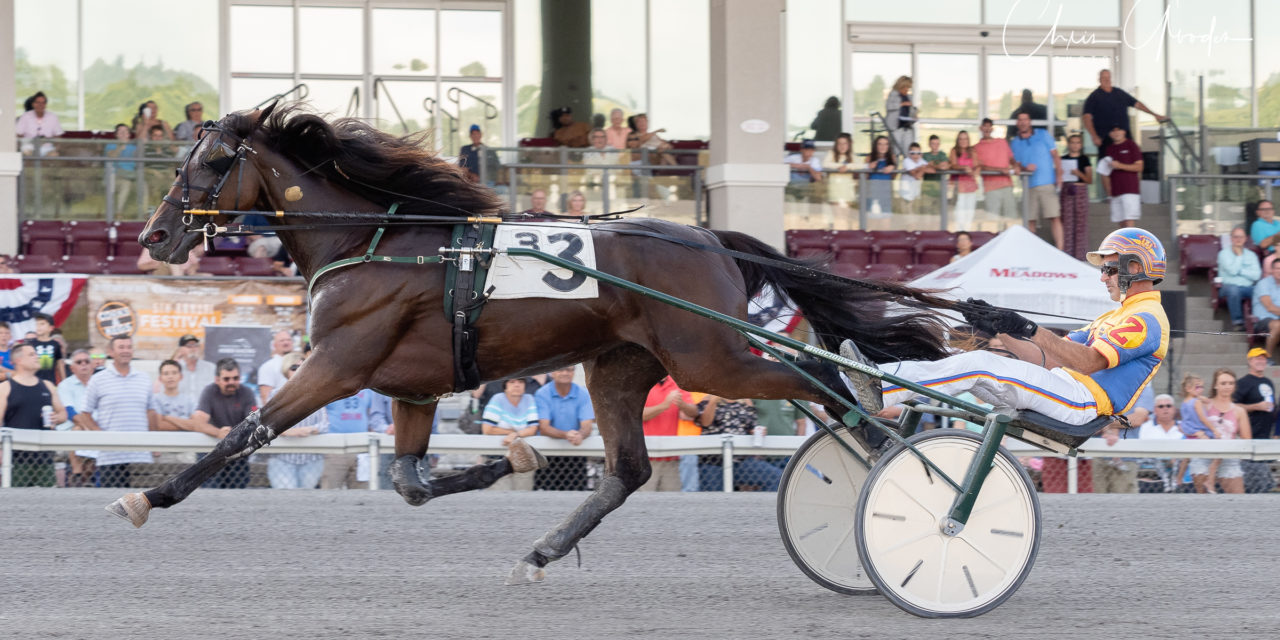 Trainer Robert Rougeaux III is a man of many interests. He was graduated from Penn State in 2006 with a degree in animal science with concentrations in equine science and agricultural business. As an equine dental practitioner, he treats more than 1,000 patients per year.

On Saturday, though, his attention will be riveted on the $200,000 Pennsylvania Fairs championships at The Meadows, where he’ll send out the point leaders in three of the eight divisions among his five entrants overall.

Saturday’s festivities also feature the fourth annual Pink Out, presented by The Meadows and the Meadows Standardbred Owners Association (MSOA), to benefit the American Cancer Society. First post is 1:05 PM.

“After four years of college, I was ready to make money rather than spend money,” he recalls.

Instead, he joined his grandfather, Harold Brocious, in Brocious Racing Stable, which Brocious co-founded in Marion Center, Indiana County. Now that Brocious has passed on, Rougeaux operates the stable, its farm and track with his cousin, Tommy Loughrey, racing stock at the fairs and The Meadows.

“When we go to yearling sales, we try to buy bargains we expect to be fairs horses,” he says. “If they turn out to be better than that, so be it. The last few years, we were lucky enough to have a few stakes horses.”

There may be more than luck at play, though, as Rougeaux and Loughrey actually campaigned four fairs points leaders this year, but their homebred 3-year-old trotting filly, RT Gloria De Dios, fractured a coffin bone while winning her last race and has been retired to the breeding shed.

Here’s Rougeaux’ take on the other three:

The Pink Out features mini-pony races and a Chinese auction with such prizes as a $150 Giant Eagle gift card; a Michael Kors purse; hotel stays; restaurant gift cards, and alcohol-, dog- and cat-themed gift baskets. The auction begins at 12:30 PM, with tickets accepted until race 9.

In addition, the MSOA will sponsor a Family Fun Day that includes a bounce house, a balloon artist, a face painter, a caricature artist and Pink Out t-shirts available for a $10 donation. 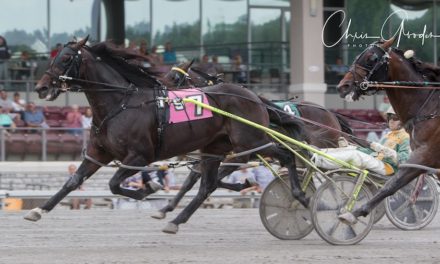