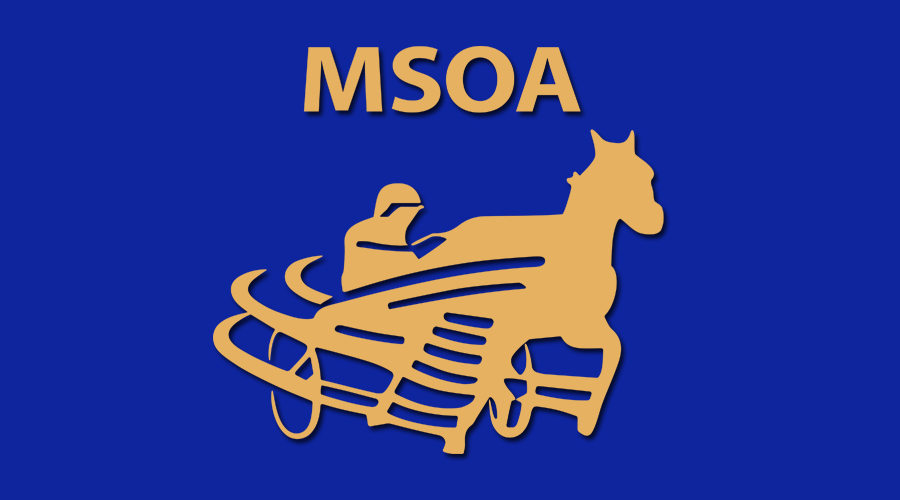 “If approved by the legislature, this raid would result in the end of horseracing in Pennsylvania by eviscerating the primary funding source for the purses and breeder incentives that serve as the lifeblood of the industry,” said Pete Peterson, Executive Director of the Pennsylvania Equine Coalition, an organization representing the six Thoroughbred and Standardbred horsemen and breeder associations in the state.  “This scheme would destroy an industry that provides a $1.6 billion economic impact and supports an estimated 16,000 to 23,000 jobs in the agriculture, manufacturing, construction, retail and hospitality industries here in Pennsylvania.”

“Race horse owners and breeders whose operations preserve 100,000 acres of open space in Pennsylvania would be put out of business,” continued Peterson. “Hundreds of farmers who preserve tens of thousands of additional acres growing crops such as straw for bedding and alfalfa and other feed products for horsemen – their largest and highest paying customers – would face financial ruin. This anti-agriculture budget could not come at a worse time for many Pennsylvania farmers who are already struggling financially, as evidenced by a 20 percent increase in farm bankruptcies in 2019.”

Peterson noted that purses and breeder incentives enable owners and breeders to pay a range of individuals in a variety of jobs directly tied to racing, such as jockeys and drivers, trainers, exercise riders, farriers/blacksmiths, veterinarians, exercise riders, grooms, equine dentists, equine therapists, jockey agents, hot walkers, nutritionists, bloodstock agents, and more.  In addition, countless small businesses in the manufacturing, retail and construction industries count horsemen and breeders among their major customers for horse trailers and vehicles, feed equipment, riding tack and other supplies, capital investments to replace barns and fencing, and more.

Beyond the economic ramifications, Peterson noted that the Governor’s proposal is fundamentally flawed as it seeks to raid a trust fund the legislature established in 2017 to blocking such transfers.  Money in the Race Horse Development Trust Fund (RHDTF) comes from an assessment paid by casinos on their gross terminal revenues from slot machine gaming.  The legislature noted in the 2017 Race Horse Industry Reform Act that the money in the “are not funds of the Commonwealth” and that the “Commonwealth shall not be rightfully entitled to any money” in the RHDTF.  The goal of the trust fund language was to spur new long-term investment in Pennsylvania’s racing and breeding industry by providing increased economic certainty for investors. The trust fund language has been working as intended, spurring millions of dollars in new investment in the state economy by horse owners, breeders, and other businesses in the past two years. In addition, Peterson noted that because the raid is not legal, it leaves a primary initiative of the Governor without a viable funding source.

In the last 24 hours, a chorus of individuals from throughout the state’s racing, breeding, agriculture, and manufacturing industries have reacted in alarm and expressed their strong opposition to the Governor’s devastating proposal:

Pat Chapman (Annville, PA) (Owner of Smarty Jones) “I cannot believe that our Governor would turn his back on the horse breeding and racing industry. This would be absolutely devastating to so many of us in the horse business. I brought Smarty Jones back to Pennsylvania for breeding because of what we were told four years ago and I thought I could trust what we were told. If the Governor goes through with this proposal the end is near for my breeding and racing days in the state of Pennsylvania and the end for many others. This is a very devastating possibility.”

Russell C. Williams, President, Hanover Shoe Farms, Inc. (Hanover, PA)  – “We occupy 3,000 acres in Adams and York Counties and we’ve been here for 94 years. Forty families live on that land because one or more family members are employees of our farm, among about 80 employees total. At peak, over 1,000 horses also live on the farm, including more than 100 retired horses that have nowhere else to go. We also care for old forest and wetlands: yesterday I saw a blue heron down by the creek and a bald eagle in a tree on the main farm. We buy 1,500 tons of hay and 1,500 tons of straw from our neighbors every year, not to mention feed, farm machinery, fence boards, supplies, and equipment. Because of us, Pennsylvania is home to the number one Standardbred breeding farm in the world. The Governor has told me that he knows our farm from commuting between his businesses in York and Littlestown in past years. Last night, as I watched a new foal wobbling around in the foaling barn, I wondered how this Governor could bring himself to destroy all that, injure so many people and animals, and shift Pennsylvania from being a mecca for horse breeding and racing to being a non-entity.”

John Servis, Thoroughbred Breeder & Trainer (Bensalem, PA) – “Taking 200 million from PA horse racing would be absolutely devastating for not only the horseman and breeders but the entire agriculture industry. If this passes I will be putting a for sale sign on my house right away!”

James Towsey, Hay Farmer (Port Royal, PA)- “The majority of my hay is sold to horseman in the racing industry. Changes to the fund would put those horsemen out of business, which would in turn put my hay business out of business.”

Jeff Altmeyer, Altmeyer Trailer Sales, (Kittanning, PA) – “The trickle-down effect on raiding the trust fund would be catastrophic. It would not only hurt our trailer sales, but also our service department. It will put some of our major customers, the farms and horsemen, right out of business.”

Ken Churchill, Owner of Silver Springs Ranch (Standardbred Training Center), (Harvey’s Lake, PA), -“We have invested more than $5 million into opening our new, state-of-the-art Standardbred training facility that sits on 78 majestic areas and began operations three years ago. We are currently the largest economic development project in Wyoming County and are second only to Walmart with development permits. Taking away money from the horse racing industry would not only put me out of business, it would affect the economy of our entire area.”

Adam Bowden, Standardbred Breeder, Diamond Creek Farm, (Wellsville, PA) – “As a major Standardbred Breeder who also breeds in Kentucky, it only made sense to set up shop in Pennsylvania based on the state’s support of horse racing and breeders. In 2012 we bought a farm, hired local employees, and employed local businesses to make major renovations, including the construction of three large barns. We stand six stallions and have now shifted the majority of our business to Pennsylvania. We love how supportive Pennsylvania has been to the racing and breeding industries and we hope it continues.”

Mark Reid, Thoroughbred Breeder & Trainer, (Kennett Square, PA) – “I strongly oppose the Governor taking any of the money from the Race Horse Development Trust Fund, which funds purses and breeder incentives. It will be the END of horse breeding and racing in Pennsylvania. The industry in Pennsylvania will never recover from this.”

Mike Wilder, Harness Racing Driver at Meadows Racetrack (Washington, PA) – “Horse racing provides not only for my family, but also for so many others in the state of Pennsylvania. Our employees live here and the vendors and suppliers we purchase our goods from are based in the state. Horse racing has a huge economic impact that extends much further than just the race tracks that our horses compete on. The Race Horse Development Trust Fund affords all of us an opportunity to make a living in the Keystone State.”

Renee Nodine, Equine Vet at Horseshoe Valley Wquine, (Annville, PA) – “It would be a complete disaster if Governor Wolf takes $200 million from Pennsylvania’s horse racing industry. He is turning his back on hay farmers, breeders, and small businesses — and those are some of the hardest working people there are.”

Jon Wiesman, Standardbred Breeder/Owner (York County) – “If the Governor takes 200 million out of the Race Horse Development Trust Fund, it will eviscerate the entire PA horse breeding and racing industry, an industry that has yielded a following for over 150 years.”

Andrew Wolfsont, Jockey at Penn National, (Grantville, PA) – “As a jockey at Penn National Race Course, the potential money to earn right now is the lowest I’ve seen it in my 7 years living and working in Pennsylvania.  If funding for the industry is cut by any significant amount, I will be forced to move out of state in order to continue to do what I love.  Even worse, the people who I employ and most of the people who I work for, will also be forced to uproot their lives to move out of state.”

Josh & Howard Kaufman, Standardbred Owners, (Philadelphia & Bryn Mawr, PA) “These proposed cuts would be devastating to my business here in Pennsylvania. The development fund is essential to PA racing and raiding the fund would destroy any investment into this product. As taxpaying PA residents, changes to the development fund would also drive us and thousands of others away from the state.”

Layne Shaffer, Farm Manager at Arrowood Farm (thoroughbred), (York County) – “If the Governor takes money from Pennsylvania horsemen it would decimate the entire agricultural industry in the state. What people don’t understand is that the majority of horsemen don’t have a ton of money. Most of the money we earn goes to pay the veterinarian, the farrier, the hay farmer, the horse trailer driver and so on. If this happens, I don’t know what thousands of families in Pennsylvania will do and what will happen to the horses they love.”

Chris Gooden, Horse Racing Photographer, (Washington, PA) “Cuts to the development fund would shut down my business. I would lose everything I own. This business is my source of income.”

Tia Shafer, Outrider at Pocono Downs, (Wilkes-Barre, PA) – “If cuts to the racing fund are approved, I would be terrified of what would happen to the people whose livelihoods depend on horse racing. I would like to know how the Governor plans to deal with the increase in unemployment and the horses that will need rehoming after their owners lose their source of income and can no longer afford to feed them. This will affect thousands of lives, both human and equine!”

Gretchen Quick, Photo Finish Operator – “As photo finish operator at the PA Fairs, changes to the development fund would virtually erase over two-thirds of my business.”

PA Fair Racing Association to meet at The Meadows on Saturday 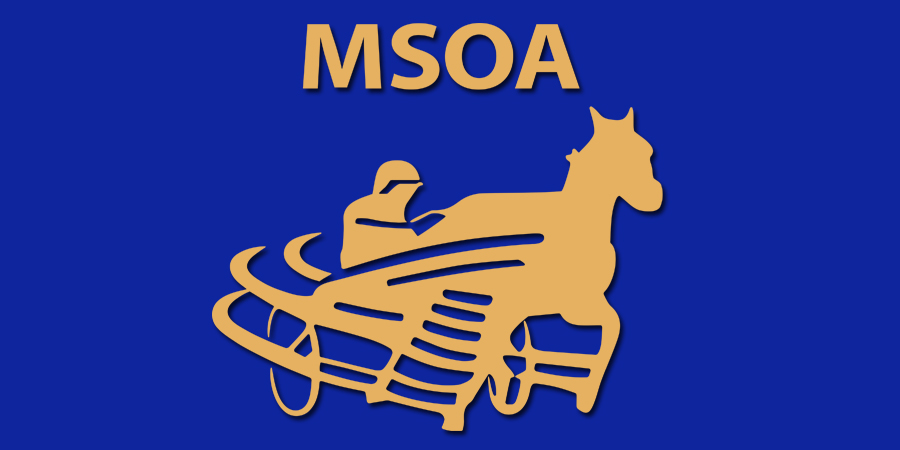