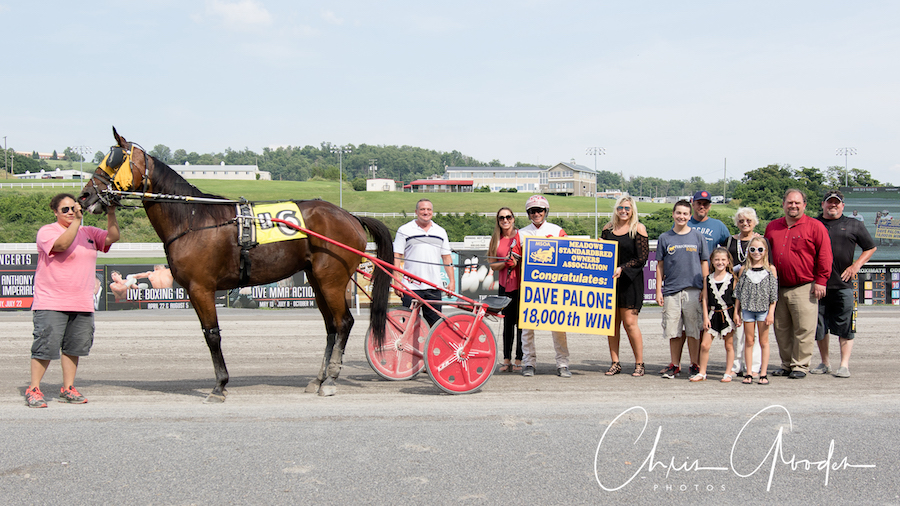 Dave Palone, already harness racing’s all-time “winningest” driver, continues to go where no reinsman has gone before, as he collected career victory 18,000 Wednesday (July 12) at The Meadows. The landmark win came with Outburst in the 11th race.

“It’s pretty gratifying,” said Palone, who boasts more than $135 million in career purses. “I’m starting to reflect on all the years, all the hard work and all the things that had to go right. I’ve been very lucky — pretty much injury free although I’ve had some serious accidents. But I was able to bounce back and have all the great opportunities I’ve had.”

The milestones have come at a rapid pace for Palone, who in 2010 was inducted into the Harness Racing Hall of Fame. Among the recent highlights:

A competitive nature always has been a dominant theme of Palone’s career; these days, he acknowledges that he’s mellowed ever so slightly.

“I can’t say I’m as intense as I was in my 30s. I’m a little more laid back now, enjoying things like golfing and the kids. But when I put my helmet on for the first, I’m ready to go and as intense as ever.”

At 55, he continues to maintain a full driving schedule, although he’s dialed back his workload a bit. United States Trotting Association records indicate that Palone had 2,827 drives in 2008, a career high. His 2016 total was 2,036, and he’s on pace for about that this year. He’s carving out a little more time for golf and family activities, including supporting his wife Bethann and daughters at their barrel racing competitions.

“You would love to have the pick of the litter and the cream of the crop every day,” he said. “I’ve been giving myself breaks now and then when it doesn’t look like the opportunities (for wins) present themselves. I’ll take half a day or a golf day or do something with the kids. For the most part, it’s been 35 years of nose to the grindstone and showing up every day and getting it done.”

He doesn’t anticipate doing anything differently in the immediate future.

I don’t really have any plans except to show up and race every day,” he said. “I just hope to stay healthy and able to compete at the top level and win races. I’m still having fun with it. It’s like any other sport: when you fail to produce, you’ll know when it’s time to go.”

– by Evan Pattak, for The Meadows 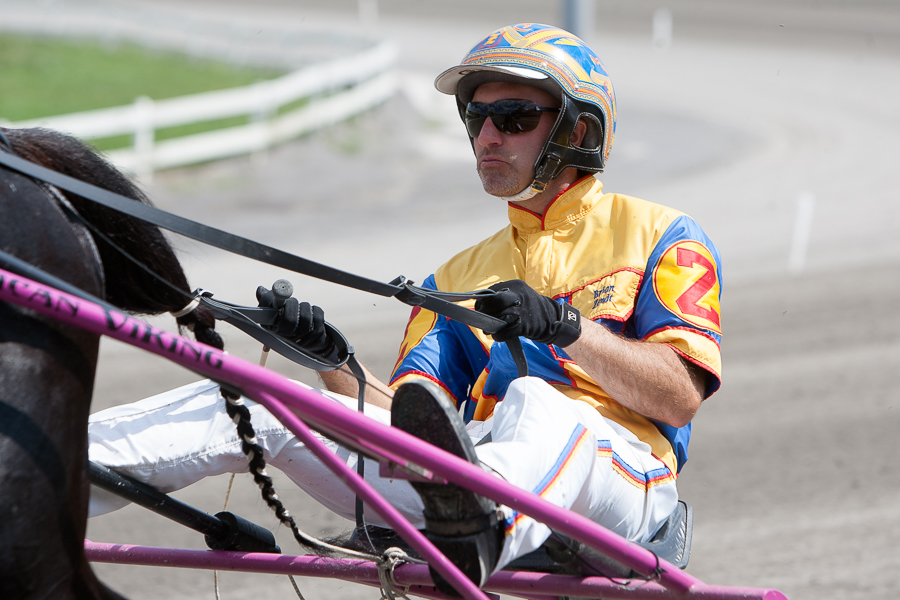