Horses have been traveling the circuit since mid-June earning points in Pennsylvania Sire Stake fair events at 21 venues. The top eight point-earners in each of eight divisions will meet for the annual championship events.

The MSOA will also host a Family Fun Night, helping to bring the county fair atmosphere to the track with plenty of activities for kids.

Parade marshal Wendy Ross will have a special tribute to America between races 3 and 4 on the card, and after the 6th race a special Gold Medal Celebrity Match Race will take place, featuring former Pittsburgh Penguin Bob Errey and former basketball star and current University of Pittsburgh basketball coach Suzie McConnell-Serio. Errey earned a gold medal in 1997 as part of Team Canada in the World Hockey Championships, and McConnell-Serio was a member of the 1988 USA Olympic championship winning women’s basketball team.

On the track, eight $25,000 PA Fair Finals will be the top attraction, featuring some of the top winning horses in the nation. Freshman pacing filly Tropical Terror, trained by Jason Shaw for owner Mason Shaw, and driven by Chris Shaw will look for win #17 on the season. In 18 starts, the Western Terror filly has 16 wins and 2 second place finishes, and has the rail in race #2.

Sophomore filly trotter Cantabs Lightning, owned, trained and driven by Wayne Long, has won 10 of 16 this season. The Cantab Hall filly has drawn post 4 in the sixth race on the card.

In the 3YO pacing filly ranks, Allstar Morning, owned by Kristen and Ethan Spahn, has won 10 of 26 this year and has post 3 in the 7th race.  Dave Palone drives the Four Starzzz Shark filly for trainer Gerald Lee.

Police Navidad, who has the rail in the 8th race 2YO colt trot, has won 11 of 17 this season for owners Lander Stables, Kathy & Virginia Schoeffel and Jim Reuther. The Muscle Massive gelding is trained and driven by Steve Schoeffel.

Another Shaw Stable entrant, Marshmallow Pulse, has the rail in the freshman colt pace. In 16 starts, the Quik Pulse Mindale gelding has 12 wins and has never been worse than third. Tony Hall will drive. The main challenger will be his stablemate, Nippy, with Chris Shaw driving. Nippy, a Nuclear Breeze gelding, has won 14 of 17 with three second place finishes.

Two more double-digit winners will square off in the 3YO colt trot, as Mr Weaver (12 for 23) will face Fly Past Hanover (11 for 22). Mr Weaver has post 1 for owners John and Owen McMullen. John McMullen trains and Wilbur Yoder drives. Fly Past Hanover is owned by Susan Daugherty, trained by Bill Daugherty, and will be driven by Aaron Merriman.

The MSOA is proud to host the event once again this year, and looks forward to a fan-friendly night. 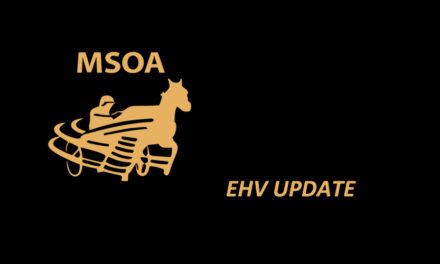 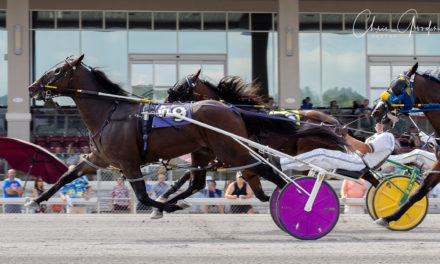