MSOA steps in to save Adios statue 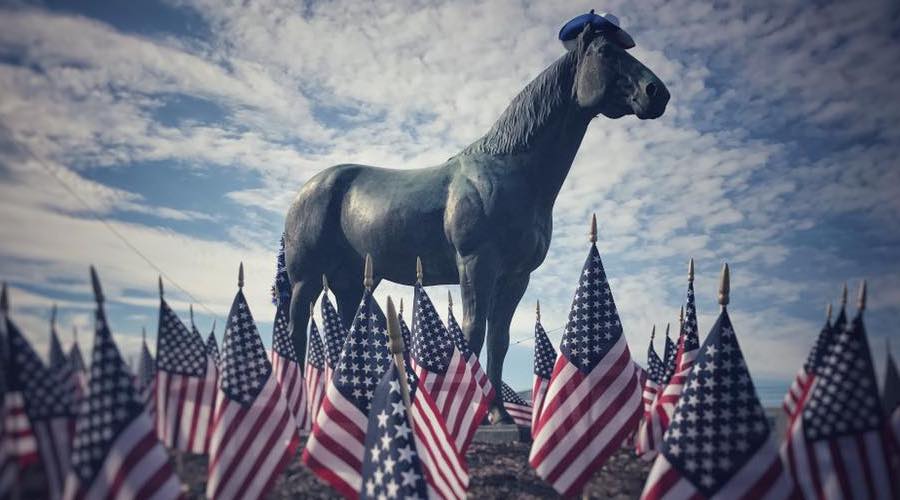 The Meadows Standardbred Owners Association not only looks ahead to the future of the sport, but also does its best to preserve the sport’s past.  A current project involves a move to save the historic statue of Adios that for more than five decades has watched over the entrance to The Meadows.

A construction project is currently underway at the intersection of Race Track Road and The Meadows entrance that will result in a new mini-mart/gas station.  The land was purchased several years ago from a previous Meadows track owner, but no provision was made for one key item that was on that piece of land – the statue of Delvin Miller’s beloved horse, Adios, the namesake of the track’s biggest yearly event.

The new landowner had no interest in the statue, but horsemen definitely did, so the MSOA stepped in with a plan to save the statue, which was dedicated in August of 1967.

“The Adios statue has greeted horsemen and racing fans alike for more than 50 years,” said MSOA President Rich Gillock.  “It’s part of our history.  We did not want to see it go away, so we took the initiative to do something about it.”

The MSOA began working with the track’s current owners, Penn National Gaming, and it appears that the statue will soon have a new home, not far from its previous site.  The current plan calls for the statue to be moved close to the entrance to the Meadows backstretch, next to the message board/welcome sign that the MSOA installed last year.

The statue depicts Adios, a pacer that was foaled in 1940 and not only had a tremendous career on the track, but also as a stallion after his retirement.  Delvin Miller purchased Adios and brought him to stand at stud at his Meadow Lands Farm, and the ensuing success of Adios led to Miller’s decision to build The Meadows, which opened in 1963.  After the passing of Adios in 1965, Miller commissioned equine artist James Nelson Slick to sculpt a life size bronze statue of the stallion. The unveiling of the statue coincided with the first Adios Pace, on August 12, 1967.  A smaller version of the sculpture is still given to the winner of the race every summer as the official Adios Pace trophy.

“We can’t thank Penn National enough for agreeing to take on the expense of moving the statue.  It is an important part of the history of the track and is a daily reminder of why we’re all here, Delvin Miller and his famous stallion.”