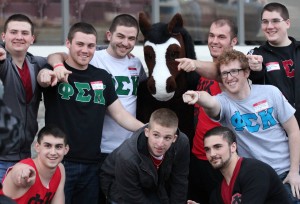 Six teams and nearly than 50 college students were on hand at The Meadows Racetrack & Casino on Friday night as the Meadows Standardbred Owners Association hosted its first-ever College Games for Charity.

The teams competed in several events, including Handicapping the Pick-4, bowling, an egg and spoon race and more.  Each team had a chance to go to the winners circle for an interview on the Meadows Live! television broadcast and get a photo taken with a winning horse.  Several members of each team were also given a paddock tour.

A team from Washington & Jefferson College finished in second place, earning $250 for the Washington City Mission.  A “home” team featuring a group of The Meadows’ own young horsemen and women finished third, earning $100 for New Vocations Horse Adoption.

All that participated seemed to have a great time, and many vowed to return to the track.  The MSOA expects to host another College Games in the future.

Meadows hosts first 2YO qualifiers of 2014 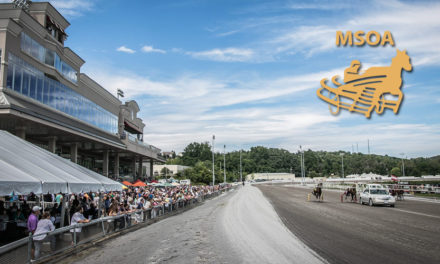