A later race was designated as the breast cancer research event, with the MSOA donating its commission from the race to Pittsburgh’s Magee Women’s hospital.

Also featured on the final night card of the season was a special appearance by Morgan Grand National and World Championship winning Sophia Stillings. The 12-year-old granddaughter of Hall of Famer Dick Stillings led a post parade with her horse, Artful Image.

The night also featured an emotional video message from Bethann Palone, wife of driver Dave Palone, for whom the Pink Out event had special meaning. To view Bethann’s video, visit http://youtu.be/m_uWYT9WM-g.

The next live card at The Meadows is on Monday (November 3). The track is now racing Monday, Tuesday, Wednesday and Friday afternoons at 12:55. 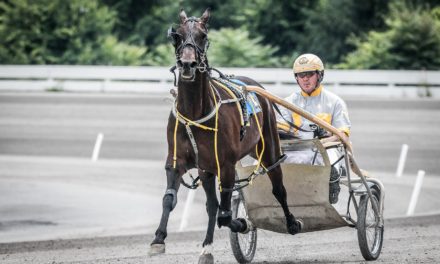 Three re-elected to MSOA Board