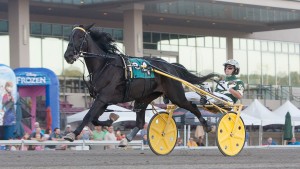 When Mission Brief demolished a field of 3-year-old fillies in Friday’s (August 21) $174,000 Moni Maker at The Meadows, it reinforced the notion gaining momentum across harness racing—when she’s healthy and competing against fillies, the only horse that can beat Mission Brief is Mission Brief.

I’m So Fancy finished second, 3-1/4 lengths back, while Gatka Hanover earned show, giving trainer Burke a 1-2-3 sweep. Hambletonian Oaks winner Wild Honey, the only filly in the field given a shot to challenge Mission Brief, stalked the winner from the pocket but broke stride in the stretch, finishing fourth-placed-sixth.

From the gate, Gingras idled outside with Mission Brief, waiting for the dust to settle before pushing her to the front.

“I thought the only way to get beat is to do something stupid,” Gingras said. “Even if someone decided to go on, I thought I could trot by them. So I wanted to give her a chance to get her feet under her and go from there. She’s faster, bigger, and stronger. She doesn’t look like a filly; she looks like a colt.”

“There’s no part of me that wavers on that—she’s the best horse I’ve ever trained,” he said.

Prior to the race, Burke indicated he likely would keep Mission Brief in against fillies for the balance of the season, but what he saw in the Moni Maker has him considering other options.

“I would like to maybe try it (racing against males),” he said, “but it won’t be an easy sell to everybody else in our group. I’m a little bit gamer—maybe I believe more in her than anybody does. For a while, it’s a decision we don’t have to make.”

Burke said Mission Brief’s next race will be the Peaceful Way at Mohawk, with a lot of “green” time for the filly between now and then as well as continuing medical treatments for her back.

“We’ll keep after that, but I don’t think it’s a chronic condition,” he said. “It was something that came on. She got out of kilter like anybody else and had to work her way through it. When she warmed up tonight, she was as sound as she’s been all year.” 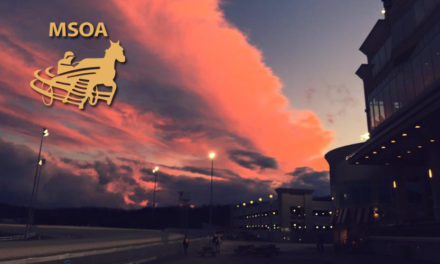 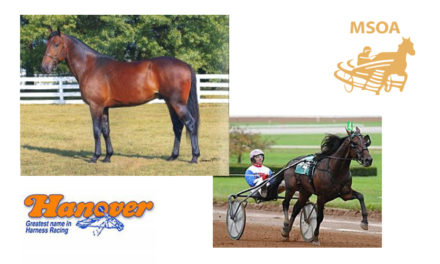