The Meadows Racetrack & Casino will mark its 50th anniversary with a three-day celebration highlighted by recognition of a number of “pioneers” — horsemen and horsewomen who have worked at the track throughout its 50 years — on the Golden Anniversary date, Friday, June 28.

The festivities each evening, Wednesday through Friday, begin at 6 p.m. and include a cookout in the Miller Tent, music from the 1960s and videos of Meadows “magic moments” on the infield matrix board. In addition, fans will participate in “1963 Trivia,” with hats, tee shirts, concert tickets and 1963 track photos as prizes.

Each fan will receive a special Golden Anniversary Commemorative Journal, produced by the Keystone Chapter of the United States Harness Writers Association, that features congratulatory ads as well as articles about such historical developments as the unique Tartan Brand racing surface used for the track’s first 11 years, its experiment with Thoroughbred racing in the early 1970s and the birth of the Meadows Racing Network in 1983.

Then, on Friday, the track will roll back prices (on selected food and beverage items) to their 1963 levels and conduct a nine-race program beginning at 8:20 p.m. as a tribute to The Meadows’ schedule on June 28, 1963. For the first two races, The Meadows also will roll back its wagering menu to feature those betting options — win/place/show and daily double — available on Opening Night.

The Meadows Standardbred Owners Association will offer patrons jog cart rides and paddock tours while the matrix board will feature rare archival footage and stills of the track’s construction as well as its founder, Delvin Miller.

Following winner’s circle interviews with 50-year veterans, the pioneers will be joined on track by horsemen, horsewomen and track personnel representing five decades of The Meadows for a rousing rendition of “Happy Birthday” led by track announcer and Harness Hall of Famer Roger Huston.

“That will be a wonderful moment when we recognize the people most responsible for our success,” said Mike Jeannot, president of Meadows Racing. “Throughout our 50 years, The Meadows has been a leader and an innovator in such key advances as simulcasting, live television coverage, and account and online wagering. None of that would have been possible without the talented, dedicated employees, horsemen and horsewomen who have guided us to a position of prominence. We are delighted to honor them on our Golden Anniversary.” 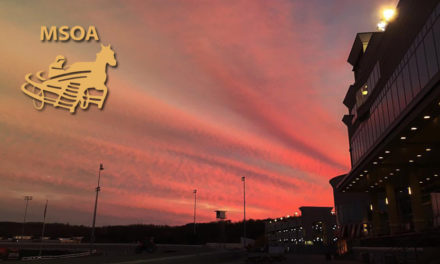 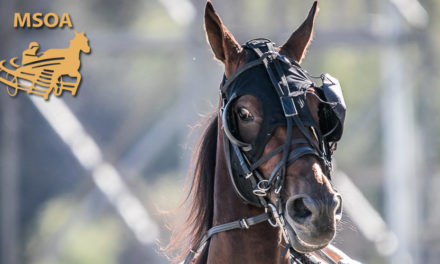