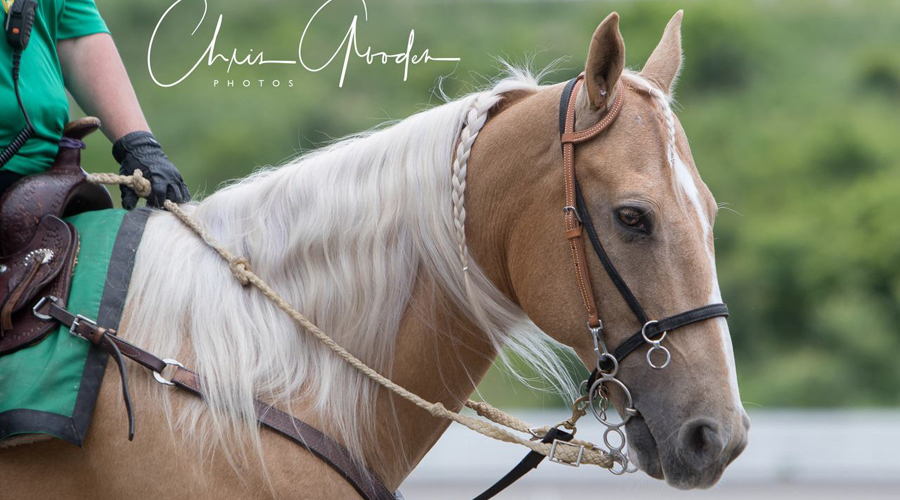 On Nov. 20, 2015, Missy Rothfuss was scrolling through Facebook when a video of a Palomino being ridden caught her eye.

She decided to watch the video closer, only to see the horse was skinny, every bone could be seen, and in overall poor health. The horse had no name, just a number and it was number 64. Number 64 was in a kill pen and only had a couple of days for someone to bail him out.

Missy decided to take a chance on him and bailed the horse out of the kill pen for $500. Missy got number 64 shipped to The Meadows Racetrack where she started working to bring him back to health. Number 64 finally got a name and he became known as Dude.

After a couple months of Dude being turned out and gaining weight, Missy started his training on becoming an outriding horse. He was very willing and aimed to please his rider. He had a great attitude from the beginning and Missy knew this $500 kill pen horse was going to be something special.

Dude was not only a quick learner but he also had stunning looks. Dude was soon to become known at the Meadows as the “Barbie Dream Horse.” He had gained plenty of weight, finally looking healthier and had lost all of his long, shaggy, winter hair.

In May 2016, Dude proved that he wasn’t just a pretty show pony. He caught his first loose horse, it being a young, green, 2-year old. He caught the freshman with ease, showing just how good he was at his new career.

Dude has excelled in his career at being an outriding horse. He has been able to participate in big harness races such as The Little Brown Jug in Delaware, Ohio and The Adios at his local track.

Missy took a chance and gave Dude his second chance at life.

Dude isn’t Missy’s only kill pen bound save. Since Dude, Missy saved another horse, Jag, who is currently training to become an outriding horse as well.

Sometimes the best purchases are the ones that are least expected to excel when given their second chances.