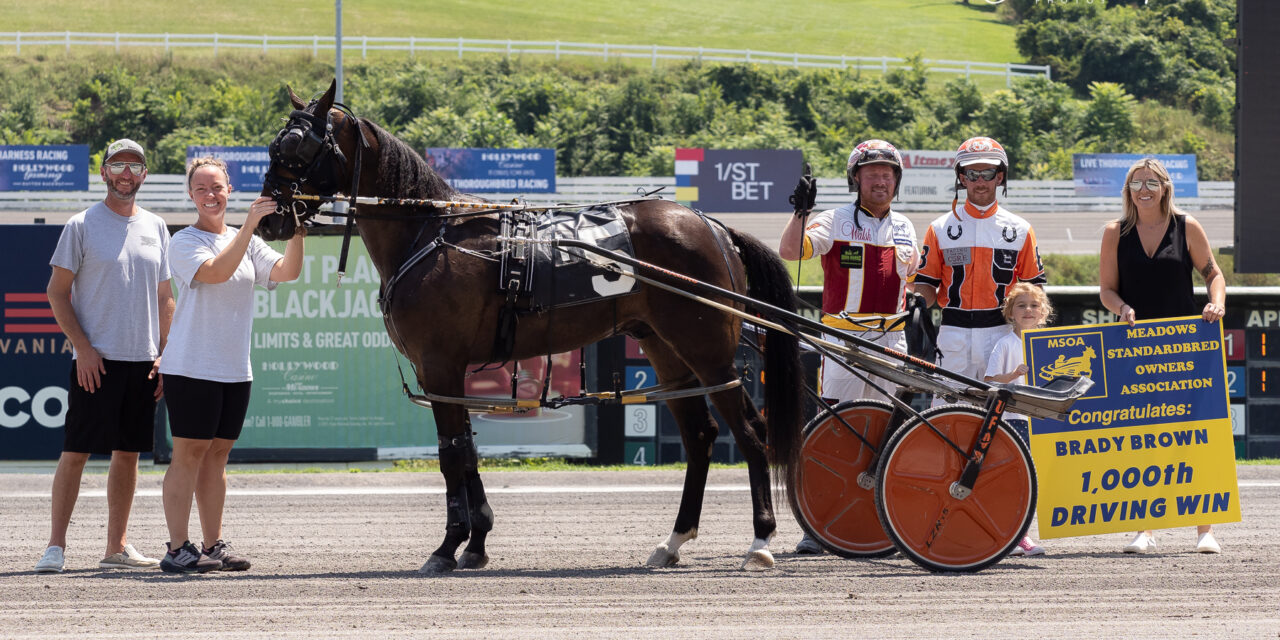 “It’s always been a big dream of mine to get this,” Brown says. “It’s a big accomplishment to me. I always thought about it and, sure enough, here I am.”

Brown, 29, is a native of Slippery Rock, Butler County, about 70 miles north of The Meadows, and still resides there. He grew up around harness racing, as his grandfather, Robert Brown, his father, Terry Brown, and Terry’s friend Bean Callahan together owned Standardbreds that they campaigned from their base at the Butler County Fairgrounds.

“I took every chance I could get to go to the barns,” Brown recalls. “I started at the bottom, doing the stalls. My grandfather was a homicide detective, and my father was a police officer in Slippery Rock. If I hadn’t gone for the horses, I would have been a police officer. But I got the bug.”

While he dropped out of high school to pursue a driving career, his sister, Ashley Brown, took a parallel path to racing, opting to get her nursing degree before settling into the sport as a trainer. She now operates a Meadows-based stable with her husband, trainer/driver Chris Shaw.

At the fairgrounds, young Brady was befriended by trainer Steve Schoeffel, who was a presence at both Pennsylvania’s pari-mutuel tracks and the PA Fairs circuit. It was Schoeffel who gave Brown his biggest career boost, naming him on many of his fairs performers — but all in due time.

“That relationship is very important to me,” Brown says. “Steve gave me my first drive when I was 16, but he didn’t give me the whole works. He had a barnful of 25, and I drove one horse for him. He definitely made me earn it. That’s the best way to learn.”

Once Brown earned his spurs at the fairs and began picking up more pari-mutuel drives, he was still something of a mystery to local players, who often sent him off at monstrous odds. He brought home a steady stream of those long shots, earning him the nickname “Downtown Brady Brown.” He likes that sobriquet.

“Just about everybody I see calls me that,” he said. “I still have those long shots. They’re not always 3-5.”

This season, Brown ranks fifth (by wins) among all Meadows drivers. During his career, his mounts have earned more than $9.6 million in purses.

“That horse made me look good,” Brown says. “Age has gotten to him a little bit. He’s not quite the caliber of horse that he was, but he’s still a gutsy horse.”

“I go day by day,” he says. “I don’t get too crazy looking ahead. If I can keep doing what I’m doing right now, I’m just fine with that.”

On Wednesday at The Meadows, Brown kept doing what he’s been doing, recording career wins 1,002 and 1,003. 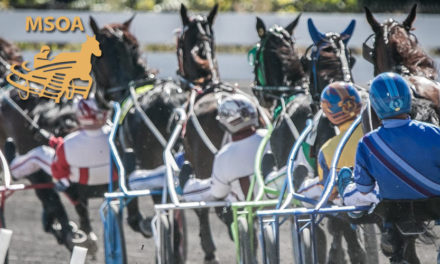 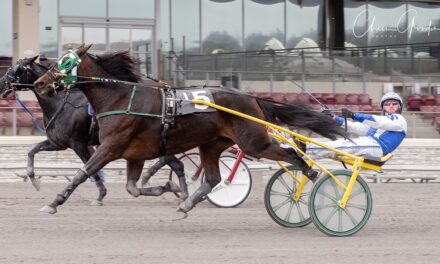 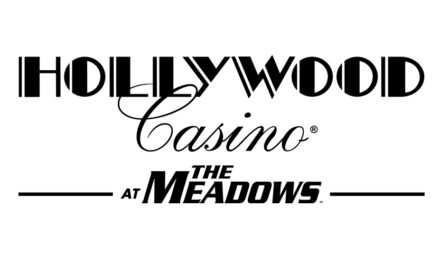