Meadows hosts first 2YO qualifiers of 2014

The Meadows hosted its first qualifying races for two-year-olds on Friday (May 30), with five events, part of a 16-race qualifying card.

Fiesta Lauxmont, trained by Ted Williams and driven by Aaron Johnston, became the first freshman to take a mark at the track this season, winning in 2:03.4.  Fiesta Lauxmont is an Art’s Card Trick filly out of the Rustler Hanover mare Party N Canada.

The first 2YO trotter to earn a win did it in impressive fashion, as McMullen Stable’s Mercer County won by over 21 lengths in 2:04.4 with a final quarter of 29.4.  An Explosive Matter filly out of the Lindy Lane mare Aspen Hanover, Mercer County is trained and was driven by Wilbur Yoder.

Light After Terror, a Western Terror colt out of the Dream Away mare Light Dreams, became the fastest freshman of the session with a 2:03 win for trainer Jason Bresnahan and driver Brady Brown.

Other 2YO winners were Alpha Alpha, a trotting filly by Encore Encore out of the Pegasus Spur mare Pegasus On Ice, who trotted in 2:08.2 (30.1) for Yoder and trainer Rich Gillock.

Another Western Terror youngster, Given Up Terror, won the final event in 2:04.2 with a 29 flat final quarter.  The colt was driven by Tony Hall for trainer Lisa Beinhauer.  Given Up Terror is out of the mare Ain’t Given Up, by Jenna’s Beach Boy. 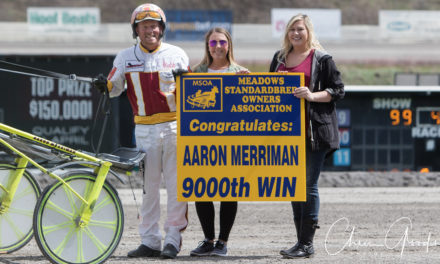 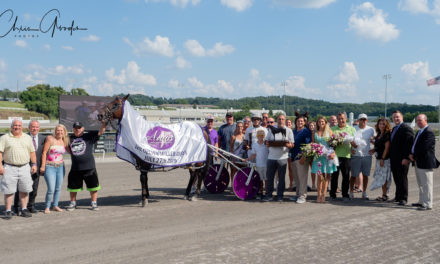 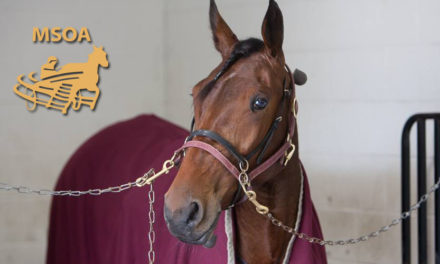