Local Media Celebrities Take To The Track For “Casino Olympics”

There may have only been two horses on the track, but the competition was fast and furious at The Meadows Racetrack & Casino on Wednesday afternoon (April 8), as a special Match Race took place with help from the Meadows Standardbred Owners Association.

Bubba Snider and Joe Starkey are well known to radio listeners around Western Pennsylvania. Snider, from Star 100.7 Pittsburgh and Starkey, from 93.7 The Fan, have also become familiar faces at The Meadows, where they have taken their on-air battles to a new level, competing in their own version of “Casino Olympics.”

After dueling in craps and blacjkack on the casino floor, bowling in the casino’s downstairs bowling alley, and a Cook-Off in Headliners Lounge, the pair took to the track for a special match race, held as a non-wagering event.

Paired with two Hall of Fame drivers, Dave Palone and Dick Stillings, Snider and Starkey competed in two-seat jog carts. After plenty of trash talking before – and during – the race, Starkey emerged as the winner.

The loss was disappointing to Snider, who has been coming to the track since childhood and is a longtime harness racing fan, but both radio personalities seemed to have the time of their lives.

For video of the event, courtesy of the United States Trotting Association, CLICK HERE.

MSOA Scholarship Applications due May 2, 2014 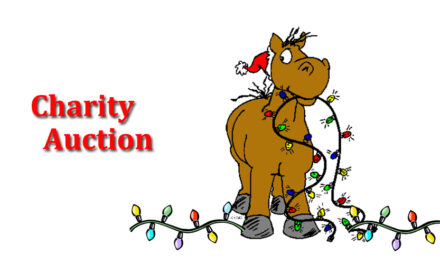 MSOA Announces special Back To The Track promotions