Kuzara trains gymnasts at Pitt, horses at The Meadows 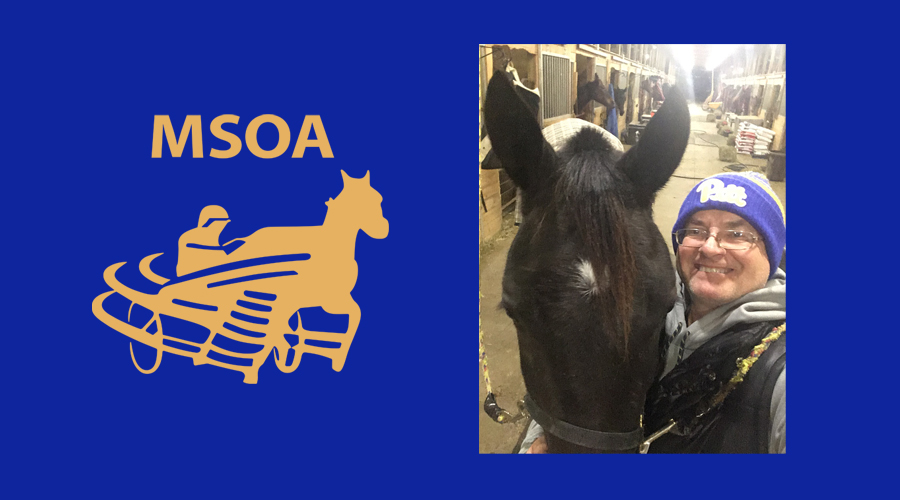 by Evan Pattak
Early in the morning, Dave Kuzara teaches his pupils not to jump. Later in the day, he wants his students to jump as high as they can.

Strange? Not really, because Kuzara has chosen a career combination that may be unique. He’s a part-time trainer at The Meadows and full-time assistant coach for the University of Pittsburgh women’s gymnastics team.

Currently, Kuzara has only one active horse, Black Ruby, who’s in to go Tuesday (February 19). She leaves from post 7, race 4 for Tony Hall. The card begins at 1:05 PM.

“She loved bingo and racing, so one day I took her to Detroit Race Course,” he recalls. “There were more than 10,000 people there, and it was the most exciting thing I’d ever seen. I knew then that at some point, I would work with horses.”

In the 1980s, he bought his first horse, a quarter claimer named Pumpernickel who won twice for Kuzara but didn’t earn much bread. He was much more successful with Peaches, a daughter of Water Tower who banked $161,482 for her career.

“She ended up winning everywhere, including the Meadowlands. She had the track record at Plainridge Park before Bunny Lake broke it. It was amazing what she accomplished. She was just so tough.”

When UMASS eliminated a number of sports, including gymnastics, Kuzara was left jobless and thought he would try harness racing full time.

“I had an eight-horse stable at Saratoga; that was my occupation for a year,” he says. “I decided that coaching gymnastics was way easier. The horse business is tough.”

Kuzara’s typical day is virtually endless. At 5 AM or soon after, he’s at the Washington County Fairgrounds to work and feed his horses. Then he travels 30 miles or so on I-79 and I-376 to reach Pitt and his gymnastics charges. Finally, he’s back at the fairgrounds late in the afternoon.

“I’ve been fortunate in that my commute happens in non-peak-rush-hour times,” he says.

As you might expect, his coaching responsibilities require semi-regular travel. During those periods when he can’t handle the day-to-day care of his horses, Kuzara relies on the assistance of fellow horsemen.

“I’ve been fortunate to be associated with people like Joe Casagranda in Michigan, Don Guidette, Jr. at Plainridge and Bob Barnard and his family at The Meadows,” he says. “They’ve helped me and taught me.”

For all the apparent differences in his two sports, Kuzara sees key similarities.

“Both are anaerobic,” he says. “In both, having a training schedule and sticking with it is important. And in each case, you have to pay attention to your students. I can watch a gymnast limp and know that I have to back off with her. I can watch my horse move and know that she’s feeling good. Doing both endeavors has made me a lot more alert to the condition of the athlete.”

In gymnastics, though, his goals transcend winning.

“I’m not really coaching gymnasts,” he says. “We’re in the business of developing strong women with a voice. That’s what we should be doing.” 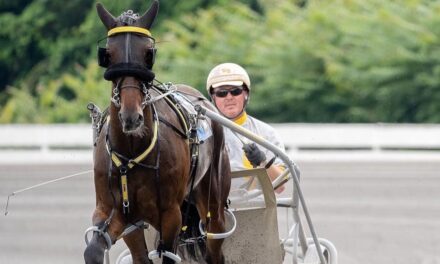