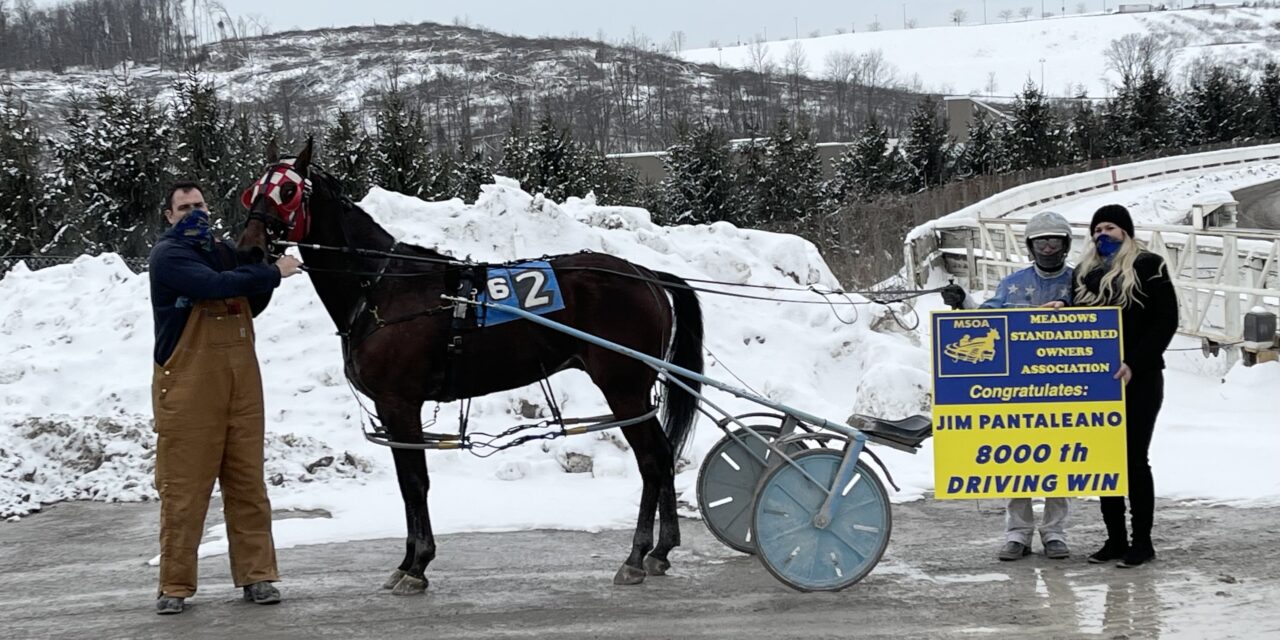 by Evan Pattak
Jim Pantaleano notched career win 8,000 Thursday (February 11) at The Meadows when he drove Caviart Rockland to victory in the sixth race.

A total of 8,000 victories would be impressive for any driver, but it’s especially remarkable for Pantaleano, whose driving career began in the most unconventional of ways. The Cleveland native, who grew up in the shadow of Northfield Park, was working as a busboy at Northfield’s clubhouse, watching races through the window, and thought he’d like to try that.

“I love competing, whether it’s playing a board game with family or wrestling in high school,” Pantaleano says. “Imagining a career where I got to compete every day was my dream.”

Even when he studied for two years at Muskingum College, the dream wouldn’t die.

“I never even declared a major. I just wasn’t finding my way.”

Instead of returning to school, he went from barn to barn at Northfield, soliciting drives. It was, to say the least, an uncertain path to success, but it worked. Pantaleano drove his first winner in 1985 and enjoyed perhaps his finest season in 2010 when he logged 436 wins, more than $5.4 million in purses and a UDR of .296. Overall, his horses have earned over $58.5 million.

Those who’ve become Pantaleano fans only in recent years may not be aware that he’s an accomplished trainer as well, with 1,543 wins and earnings of nearly $6.2 million since 1991 when the USTA began tracking trainer statistics. But he hasn’t sent out a horse since 2009.

“When I went to the East Coast to drive,” he recalls, “I found that catch driving there was a full-time job. You can’t really train a stable and catch drive there. You can’t be in five places at once.”

These days, Pantaleano leaves the training to his wife Christen.  “She lets me help her, mostly with the grunt work,” he jokes.

For the future, Pantaleano indicated he doesn’t plan any major changes.

“My goals are to stay healthy and keep winning races. As long as I’m able to compete at a high level, I’ll just keep doing it. I’d rather race for a $4,000 purse with a horse that’s competitive than drive in a $400,000 race with an also-ran.” 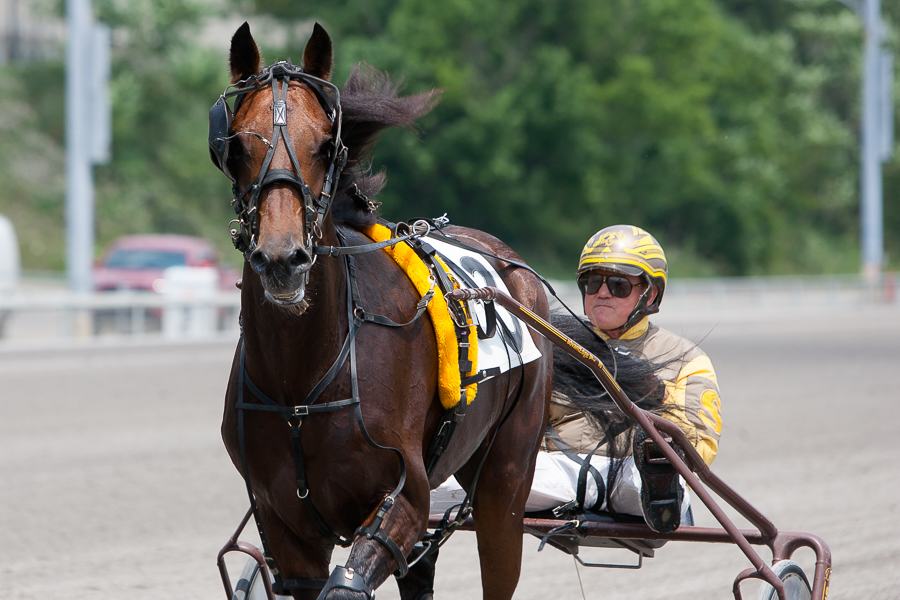