Four titles, nearly $1.3 million in purses on the line in PASS Championships 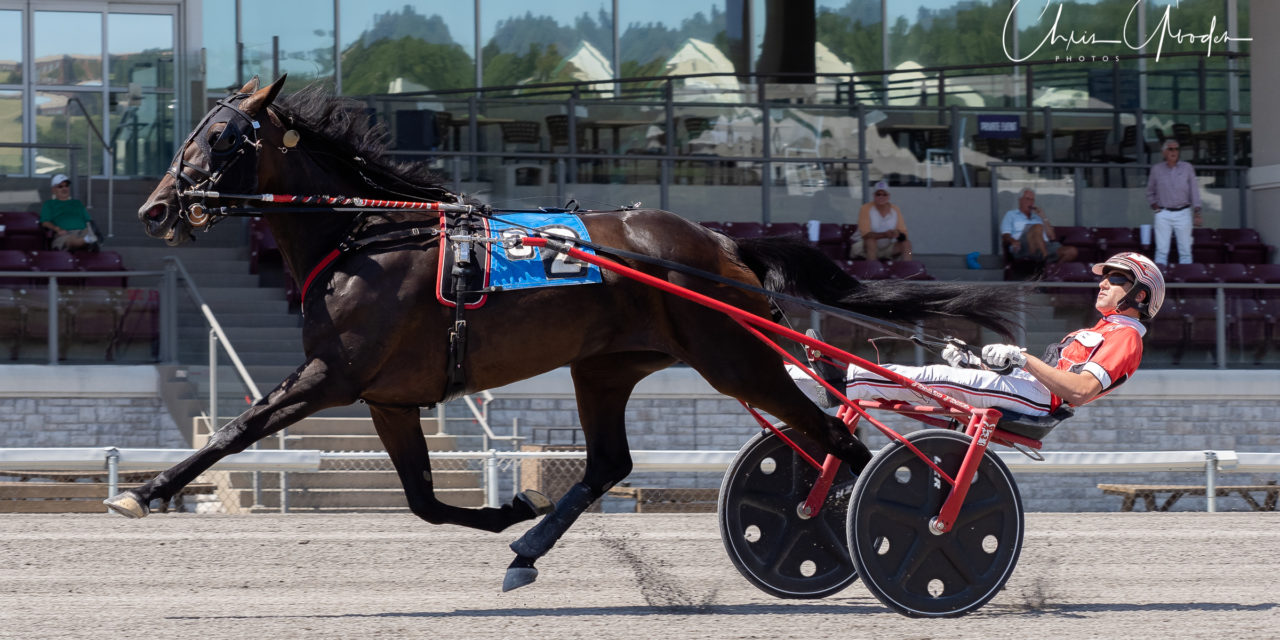 Nearly $1.3 million in purses — and four Pennsylvania Sires Stake championships — will be on the line Saturday (September 7) at The Meadows when the track hosts all four $253,000 PASS finals for 3-year-olds as well as $50,000 consolations in each division.

The championships will feature some of the brightest stars in the sophomore ranks, including a pair of Dan Patch Award winners — Captain Crunch and Warrawee Ubeaut — and the once-defeated Millies Possession, who swept all four PASS preliminary legs.

Here’s a look inside the championships:

Unraced at 2, Millies Possession has nine wins in 10 starts this year, the only blemish — if you can call it that — a second-place finish to When Dovescry in the Hambletonian Oaks. The Fashion Farms homebred daughter of Possess The Will-Fashion Athena has banked $349,017.

Perhaps the most interesting thing about her is an unhurried style so different than that of most young trotters. In fact, in her last six outings, she hasn’t been on the lead before the half. Will that be her approach Saturday?

“It all depends on how the race shapes up,” said her trainer, Jim Campbell. “If they’re really winging it, we won’t have to be too worried about being on the front end. She’s pretty versatile. We haven’t done anything different with her this week; she’s had a good week so far.”

Easily the most wide-open final; only two of the nine combatants enter the championship off wins. One of those is Goes Down Smooth, who has captured three of his last four starts, all stakes. But Matt Kakaley will have to work out a trip from post 9 for the Muscle Hill-Peach Martini gelding, who’s conditioned by Ron Burke for Burke Racing Stable, William Switala, James Martin and Weaver Bruscemi LLC.

This has been the glam PASS division with outstanding performers such as Warrawee Ubeaut, Stonebridge Soul and Treacherous Reign trading blows all season. Yet the championship will be shaped in part by a key defection. Tall Drink Hanover had won four straight stakes, highlighted by her Shady Daisy triumph in 1:48, fastest this year by a sophomore filly. But with two from his stable, Treacherous Reign and Odds On St Lucie, in the championship, trainer Tony Alagna sent Tall Drink Hanover elsewhere.

“We kept her eligible to the Simcoe, which conflicts with the championship,” Alagna said. “Since we had two other fillies make the final, we chose the Simcoe for her to try to optimize our fillies to the best of their ability. Treacherous Reign came out of her last race great. We’ve been treating Odds On St Lucie for some throat irritation.”

Captain Crunch returned from a freshening of nearly a month with a strong show finish in the Simcoe, clocked in 1:49.4, and could be even sharper in the championship.

“The break was something we planned because there weren’t any races on bigger tracks for him after the Cane Pace,” said Nancy Johansson, who trains the millionaire son of Captain Treacherous-Sweet Paprika for 3 Brothers Stables, Christina Takter, Rojan Stables and Caviart Farms. “He was a little short (in the Simcoe) and should be tighter Saturday. He needed that start.”

A potential factor: Captain Crunch will be making his first career start at The Meadows while his chief rival, Southwind Ozzie, has won all four of his races here, including a spectacular 1:48 victory in the Delvin Miller Adios Pace for the Orchids.

“He’s a good-gaited colt, so that shouldn’t be a problem,” Johansson said. “I’m not really concerned about him getting over the track.”

Captain Crunch goes from post 7 with Scott Zeron aboard while Southwind Ozzi and Brian Sears start from post 5.

The Meadows Standardbred Owners Association (MSOA) will present blankets to the champions as well as gift bags to their grooms. Visit the MSOA table in the Racebook to register for fan activities.

Legislative Alert from the MSOA