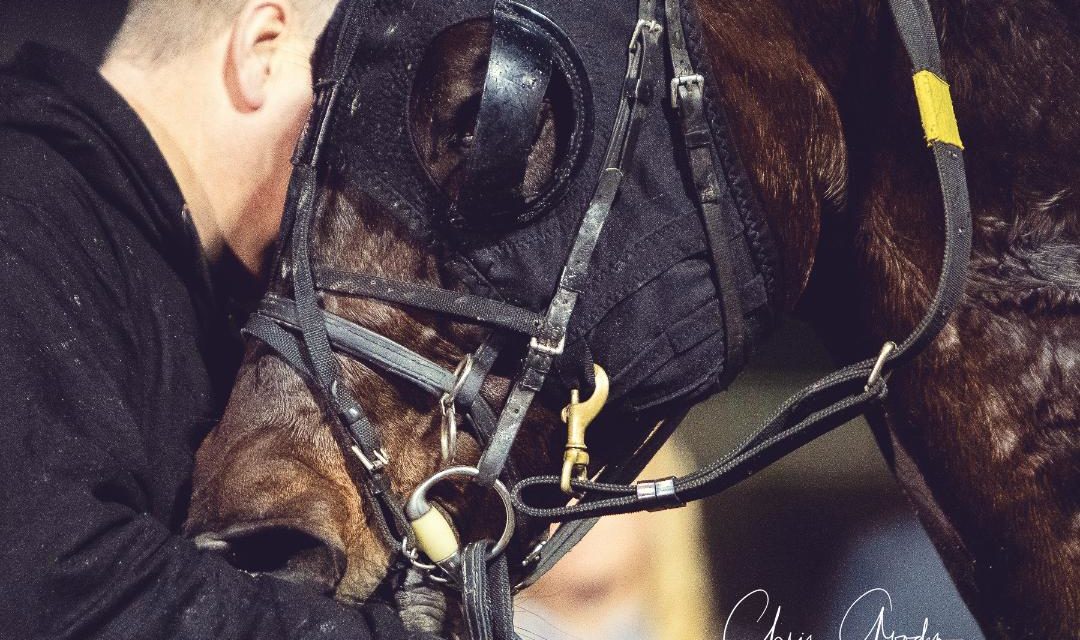 One of the most spectacular, improbable, inspirational equine careers in harness racing history ended New Year’s Eve at The Meadows with the final race of Foiled Again, the richest Standardbred ever. Although his fifth-place finish disappointed the expectant crowd, his $650 check sent his career earnings to $7,635,588, a mark that likely won’t be eclipsed anytime soon.

The race, the 331st for the Dragon Again-In A Safe Place gelding, also capped a hugely successful “Farewell Tour” in which Foiled Again’s owners — Burke Racing Stable, Weaver Bruscemi LLC and JJK Stables — campaigned him at 18 tracks across the continent. The tour was an athletic and an artistic success; not only did Foiled Again win 11 of those races, swelling his career total to 109, but he also was the centerpiece of special events that created handle and buzz for the venues he visited.

In fact, the tour did so much for the sport that the United States Harness Writers Association voted Foiled Again the winner of the 2018 Stan Bergstein/Proximity Award, one of harness racing’s most prestigious and coveted accolades.

The chances for victory in his final race took a hit when “Foiled Again’s Last Call,” as the event was styled, came up so tough that his trainer, Ron Burke, called it a “mini-open.” All-day rain made for a sloppy, tiring surface, while his draw, post 8, certainly didn’t help. As if all that weren’t enough, one of Foiled Again’s rivals, Knocking Around, a tough-as-nails, off-the-pace type, was piloted by David McNeight III seeking a milestone of his own — career victory 1,000.

It was a less-than-ideal spot, but the gallant gelding gave it his all, shooting to the top for Yannick Gingras and holding it through fractions of 28.4/57.4. When McNeight challenged first up with Knocking Around, a weary Foiled Again eventually yielded, defeated 3-1/2 lengths but missing show by only 1/4 length.

The scenario set off celebrations that The Meadows winners’ circle seldom has seen. First was the mob that greeted McNeight and Knocking Around, still so full of himself that he would barely settle for the picture. Then the even more boisterous greeting for Foiled Again, who was calm and gentlemanly throughout.

Among those speaking in the winners’ circle:

His ownership group purchased Foiled Again privately midway through his 4-year-old campaign, figuring they’d acquired a nice horse who fit their program. But as he developed his potential under Ron Burke’s tutelage, he dominated older-horse company and was nigh well unbeatable on smaller tracks. When he captured that 2013 Breeders Crown at age 9, he became the oldest horse ever to win a Breeders Crown event. He won the Dan Patch Award for older males three consecutive times, a feat matched only by the legendary Rambling Willie.

Indeed, Foiled Again became a phenomenon unseen since Rambling Willy; his middle-aged and Golden-Years exploits inspired fans — particularly those with a few miles under their belts.

But that phase of his life ended about three hours before his mandatory retirement at the age of 15. Burke indicated he would halt the gelding’s training schedule immediately rather than cut back gradually, as Foiled Again always has responded well to being turned out. Burke said he would quarter skittish horses with the old boy so he could teach his nervous buddies to relax, and that Foiled Again would be available for promotional appearances.

Now, as his front shoes were pulled for the final time, he turned to face the appreciative crowd, which serenaded him with “For He’s a Jolly Good Fellow.” Then Foiled Again jogged into retirement. 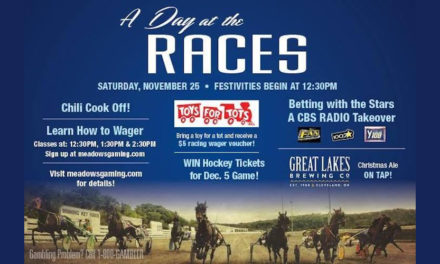 Day At The Races set for November 25