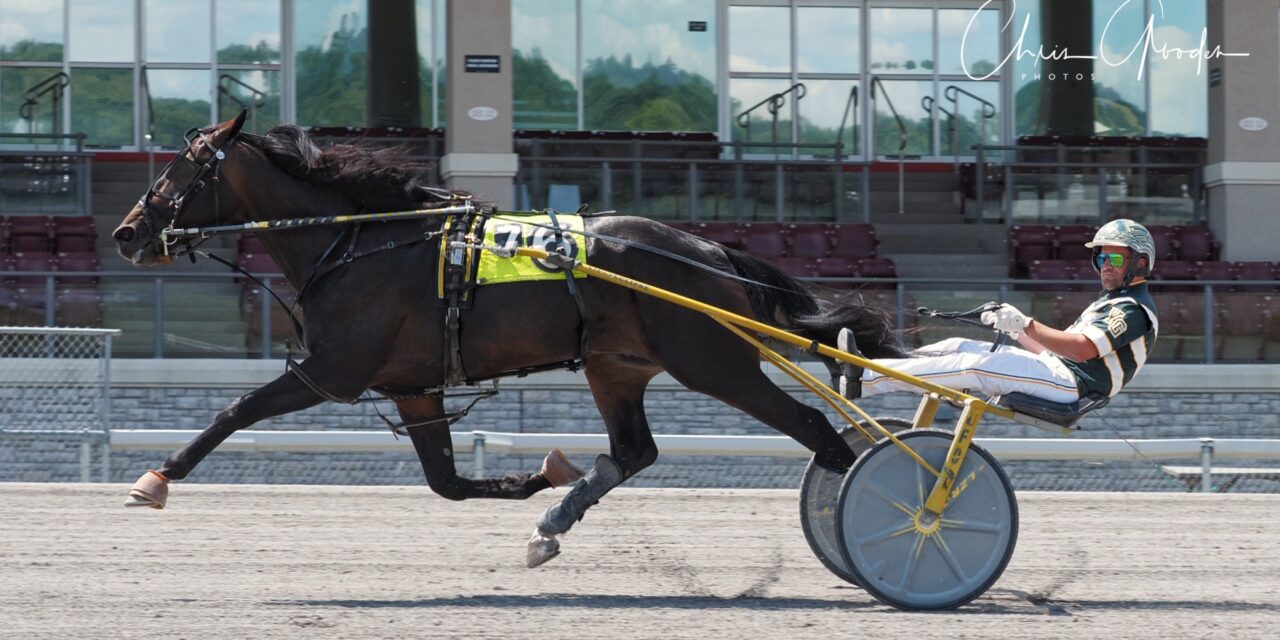 Heavily favored It’s Academic cruised to a 5-3/4-length victory in Saturday’s $102,245 Currier & Ives for 3-year-old trotters at The Meadows. When Sister Sledge and Crucial waltzed to similarly easy wins in the $64,594 filly division — each in stake-record time — they gave Yannick Gingras and trainer Ron Burke a Currier & Ives sweep.

Burke’s big day didn’t end there. He started horses in 11 of the card’s 15 races and won a remarkable nine of them.

It’s Academic entered the Currier & Ives off two strong place finishes in Ohio Sires Stakes legs and looked to lay over the field. In this case, looks weren’t deceiving, as the son of Uncle Peter-Annapolis floated to the lead and widened at will, even after Gingras had shut him down. Harley K and Coventry Hall completed the ticket.

“He’s just a real gentleman — perfect to drive,” Gingras said. “Down by the wire, I left him alone. He’s a little bit lazy, but he’s a nice horse.  To be a top colt, he’ll have to go a lot faster, but for Ohio and here, he’s the perfect horse.”

Following last week’s facile victory in her season’s debut, Sister Sledge continued to roll through the soft part of her schedule, quarter-poling to the point and scoring in 1:53.2. That eclipsed the stake mark of 1:53.4 established about 15 minutes earlier by Crucial.

Last year’s Pennsylvania champion and Dan Patch Award runner-up, the daughter of Father Patrick-Behind Closedoors will begin a tougher stretch with the July 15 PA Sires Stake leg at Harrah’s Philadelphia. Is Sister Sledge where she needs to be to handle more competitive fillies?

“She couldn’t have been any better today, that’s for sure,” Gingras said. “It will get tougher; that’s coming for sure. There are a lot of good fillies that weren’t here today. But her timing is right. She’s really good right now.”

Although Crucial’s stake record was fleeting, her win after a quarter-pole move signaled that she might be ready for more.

“She had a class edge on these horses for sure,” Gingras said. “She’s grown since last year, of course, and she’s stronger. I thought she was very professional today.”

Petey Sarah and Dune Hill rounded out the ticket. In keeping with Burke’s huge day, he swept the top three spots in this split.