by Evan Pattak
When Ron Burke, harness racing’s perennial leading trainer, says he’s sending his best 2-year-olds after you, watch out! Yet that’s exactly how Burke regards his contingent of eight youngsters in Saturday’s $183,242 Pennsylvania Sires Stake at The Meadows.

The event for freshman colt and gelding pacers, known as the Albatross, will be contested over three divisions — races 7, 9 and 11. First post is 1:05 PM.

Burke conditions about 80 freshmen and so has youngsters eligible in most jurisdictions. Yet he regards his Pennsylvania-bred pacers as the most promising.

“The whole group is real nice,” he says. “They’re big, strong, don’t wear boots, steer well. They’ll all find their speed and be good horses. These are my best pacing colts.”

He’s particularly high on Cattlewash, a Somebeachsomewhere colt, and the Captaintreacherous freshman The Greek Freak. First-time starters, they’ve both drawn into race 9, with Matt Kakaley guiding Cattlewash from post 4 and Yannick Gingras piloting The Greek Freak from post 6.

Burke’s contingent is even deeper than that. Check out the dazzling dam-side accomplishments of this duo:

The Albatross kicks off Round 2 of the battle for stallion supremacy in the Keystone State among the late Somebeachsomewhere and second-crop sires Sweet Lou and Captain Treacherous. Of the 27 freshmen in the stake, only five are by stallions other than the Big 3.

Saturday’s card also features a pair of carryovers — $1,793.10 in the Pick 5 (races 2-6), $853.24 in the final-race Super Hi-5. In addition, the Meadows Standardbred Owners Association will offer a number of fan activities, including paddock tours, starting car rides and “Spin to Win.” 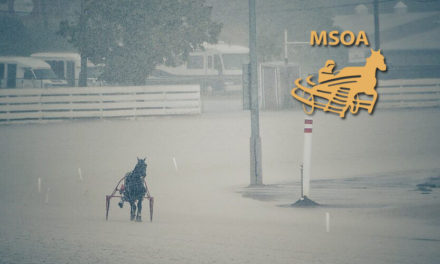