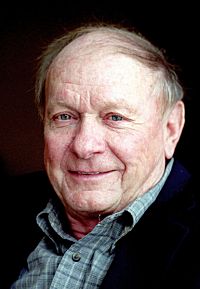 He was also a longtime member of the MSOA and a staunch supporter of harness racing on the Pennsylvania fair circuit.

“We are saddened by the loss of Boots Dunn,” said MSOA President Rich Gillock. “Boots was a well respected horseman, a great trainer and driver, but his contributions to the sport went well beyond his involvement with his own stable. His service to our district as a USTA Director and his service to the fair circuit had a tremendous impact of nearly everyone that races today in Pennsylvania. He will be missed.”

Boots was president of W.L. Dunn Construction Company of Cochranton, Pa., founded by his late father, Wilbur “Cubby” Dunn. He trained and drove his own horses, maintaining his amateur status and competing across eight different decades. He is believed to be the leading amateur driver of all time, with 1,152 wins to his credit. He was a five-time national leader in UDR for his category of starts.

Boots learned to train and drive from his late father, who started the family construction business in 1919, building bridges and roads and operating a gravel plant, with a team of oxen and later horses. The younger Dunn had his own equine business as a child, charging local kids a nickel for a ride on his pony. Cubby bought a race horse in 1946, and father and son hit the road to compete, most frequently in neighboring Ohio at Northfield Park, Painesville Raceway and Grandview Raceway.

When The Meadows opened in June of 1963, Boots made his friend Delvin Miller’s track his home.

With the help of his daughter, Lisa, he operated a private training center in Cochranton with two tracks and a farm for his racehorses, broodmares and young horses.

He was active in leadership of the Crawford County Fair Board in Meadville and served as their speed superintendent and race secretary. He was a member of the 4H Horse and Pony Hall of Fame and the Meadville Area Sports Committee Hall of Fame.

In 2003, Boots shared an award with his late wife, Donna, from the Pennsylvania Fair Harness Horsemen’s Association for their support of the fair program. In 2016 that group awarded the inaugural Walter “Boots” Dunn Rising Star Award, which goes to an up-and-coming Pennsylvania horseman, to Brady Brown.

“Boots was an individual unlike any other,” said USTA President Phil Langley. “He loved harness racing and he loved the fairs.

“I last saw him on Jan. 23 at the USTA banquet in Bedford, Pa. He was surrounded by a lot of friends and relatives and he was in good spirits. He was tough. We’re going to miss him.”