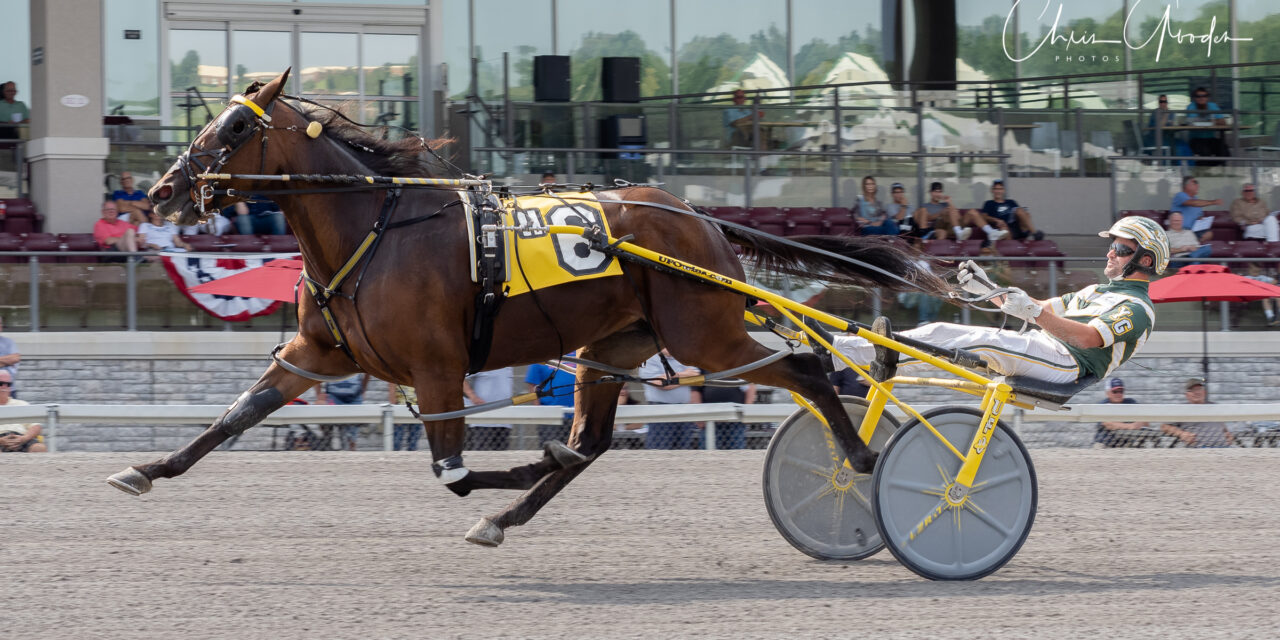 Blue Diamond Eyes may have been part of the Adios Eliminations undercard Saturday at The Meadows, but the 3-year-old filly pacer made sure she was more than an obscure footnote.

The daughter of Captaintreacherous-Aria Hanover captured a $148,332 Pennsylvania Sires Stake known as the Romola Hanover in 1:49 for Yannick Gingras, matching the fastest distaff mile ever at The Meadows. The record was established by Allstar Rating — also a sophomore and also for Gingras — in 2014.

The winner lifted her lifetime bankroll to $688,292 but, oddly enough, collected her initial win in seven starts this year. Ron Burke trains her for Thomas Dillon and Scott Dillon.

Mackie Hanover made a little history of her own, setting a stake record 1:50 for Tim Tetrick, trainer Tom Fanning and owners Howard Taylor and Falcon Racing LLC.  AP Blaze Of Glory had established a new stake mark of 1:50.4 only three races earlier.

Tetrick had a chance for an early tuck with the daughter of Captaintreacherous-Miss Kitty Hanover but opted to speed on to the point — even though his filly hadn’t been on the front at any point in her five most recent starts..

“She was on the lead a couple times last year, but she’s had terrible draws and terrible spots,” Tetrick said. “The owners and trainer wanted to race her, so I put her on the gate. We were aggressive, and it worked out. I get her busy late, nothing extravagant.”

Podium Girl raced well first over for second, 2-1/2 lengths back, with Blonde On The Beach third.

Other divisions went to Classicist and Odds On Whitney, who gave Tetrick a stake double.

Live racing at The Meadows resumes Wednesday at 12:45 PM. Also on Wednesday, The Meadows will draw post positions for the July 31 $375,000 Adios final. 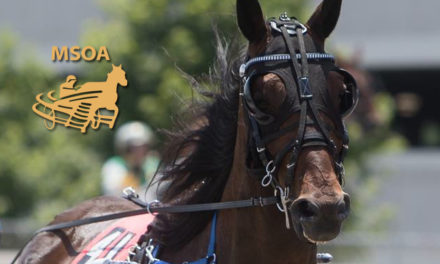