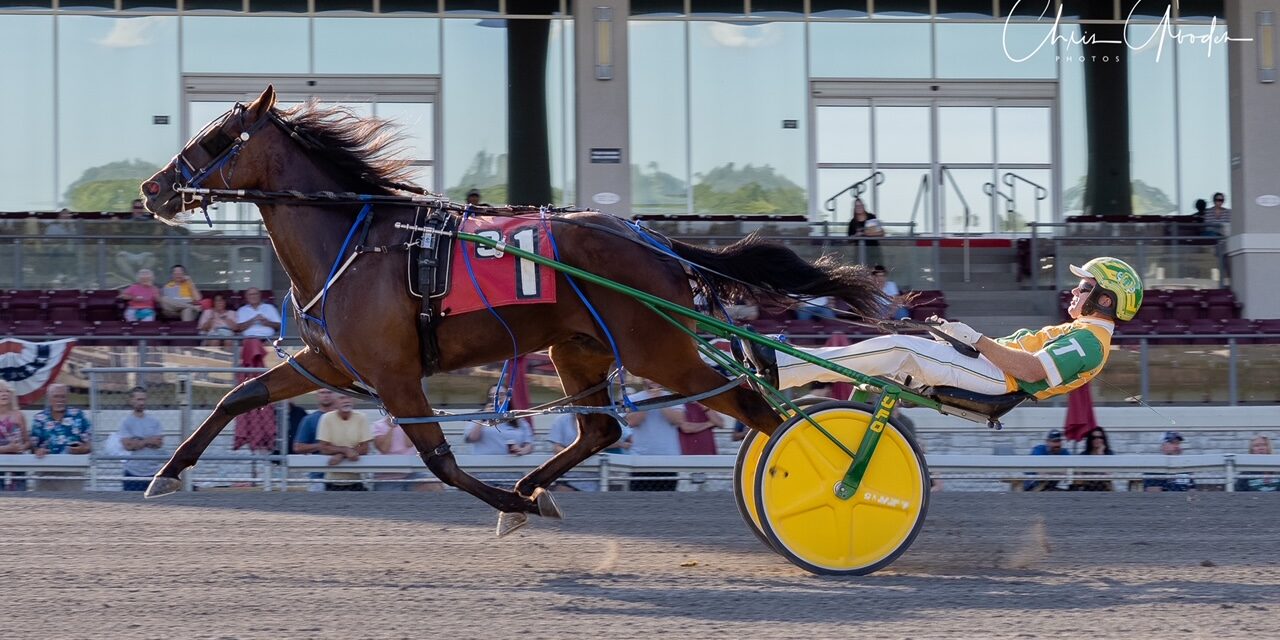 by Evan Pattak
Annapolis Hanover quarter-poled to the point, then cruised to his fifth straight victory — and third in Pennsylvania Sires Stake competition — in Friday’s $160,618 PASS at Hollywood Casino at The Meadows. Fulton captured the other division in the event, known as the Tyler B, for freshman colt and gelding pacers.

A $15,000 yearling acquisition for owner/trainer Mitchell York, Annapolis Hanover has been untouchable since a third-place PASS finish on July 2. In the Tyler B, he blitzed the back half in 54.2 for Tim Tetrick to defeat the pocket-sitting Ervin Hanover by 4-3/4 lengths in a career-best 1:50.4. Ken Hanover was third.

York said he has no regrets about gelding the son of Stay Hungry-All Night Long.

“He was very studdy, and we’re not set up for that. Typically we make the appointment to cut them on our way home from the sale,” York said of Annapolis Hanover, who lifted his bankroll to $157,328. “He has one race after the PASS championship, then he’s done for the year. We hope to put away a fresh horse and come back with a fresh horse next year.”

“I really liked my colt, and I think he’d rather race on the lead,” Palone said of his early-race decision. “I wanted to make them bring it to him. When I kicked the plugs out in the last turn, he just responded. He’s got a good future.”

A son of Heston Blue Chip-Better Be Steamin, Fulton has been in the money in all six career starts, banking $106.917.

Lyons Stealth won his third stallion series split, scoring by 3-1/4 lengths in 1:52.1 as the 1-5 favotie. Just Bet It All and Mayweather Hanover took the other divisions.

Tetrick, who drove Lyons Stealth, called him a “classic ‘tweener.”

“He has the talent, and he’s light on his feet,” Tetrick said. “But mentally, he hasn’t figured out how to get it done against horses that are slightly better. I think he’ll come back stronger at 3.” 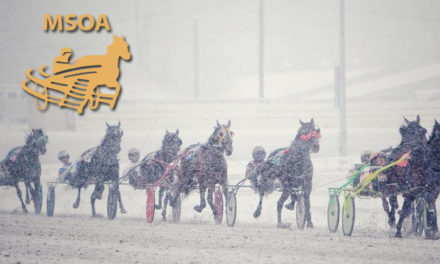 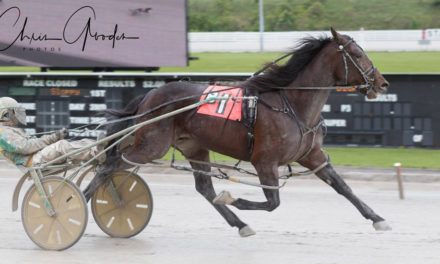