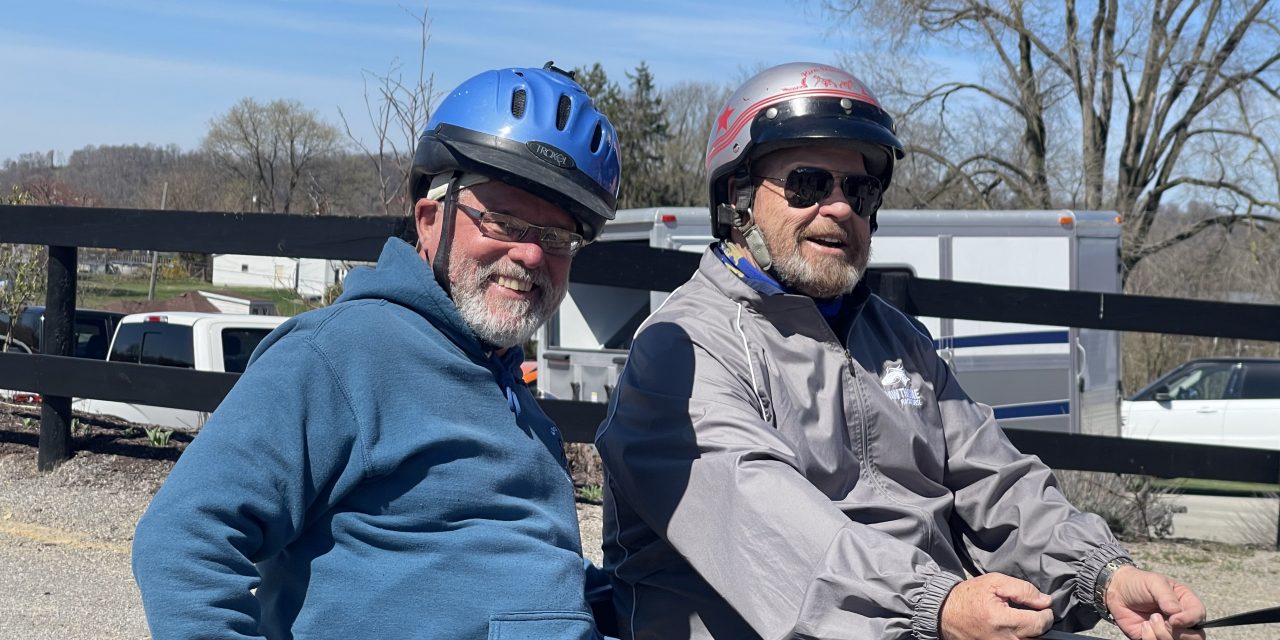 Harness racing organizations frequently remind Pennsylvania state legislators how vital the sport is to the economy of the Commonwealth. On March 30, a large delegation of Pennsylvania lawmakers got a chance to experience that impact first hand.

A group of 25 PA state legislators and their staff participated in “Legislative Day” at Washington County’s Amulet Equine Rehab and Conditioning Center, a session planned and co-hosted by the Meadows Standardbred Owners Association (MSOA).

The lawmakers got a chance to watch Amulet’s expert staff provide veterinary and rehabilitation services to horses in their care, and they also had an opportunity to enjoy jog carts rides (with experienced drivers at the reins).

Racing industries support approximately 20,000 direct and spinoff jobs in Pennsylvania, spanning such occupations as the medical care specialists whom the legislators observed as well as horsemen and horsewomen, breeders, blacksmiths, farmers, food and nutrition providers — even production crews that prepare racing shows for cable TV and the Internet.

The informative session came at a key time, as the legislature soon may consider PA Gov. Tom Wolf’s 2021 budget proposal, which calls for the reallocation of $200 million from the PA Race Horse Development Fund. If enacted, that budget grab could be the death knell for racing — and those 20,000 jobs — in Pennsylvania.

“It was a wonderful turnout for a wonderful day, and we’re so appreciative that so many legislators could join us,” said Rich Gillock, MSOA president. “We can talk about racing’s impact all we want, but once our legislators see that impact ‘up close and personal,’ they have a much better feel for the economic havoc and hardships the loss of racing would cause.”