A field of 9 of the top three-year-old filly pacers in the nation will compete in the $170,000 Nadia Lobell Pace at The Meadows Racetrack & Casino on Wednesday, September 16.

Three horses in the field are coming off victories in their most recent starts, and five of the nine were betting favorites in their last race, showing that many are entering the race in top form.

All nine have already banked more than $100,000 this season, led by Bettor Be Steppin, who has earned over $419,000 this season and more than $700,000 in her career.  Bettor Be Steppin is trained by Joe Holloway, and regular pilot Corey Callahan is listed to drive the 5-2 morning line favorite from post 2.  The Bettor’s Delight filly won her last start, on August 22, in 1:50 in the Valley Forge at Pocono.

Sassa Hanover, who has the rail for local trainer Ron Burke, won a New York Sire Stake in her last effort, on August 31 at Yonkers.  She also has banked more than $700,000 lifetime, and is the 3-1 second choice on the morning line. 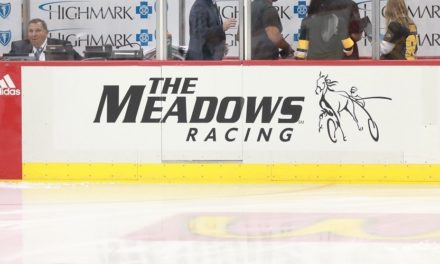