$1.2 million on the line Saturday, September 10

More than a million dollars in purses will be on the line on Saturday, September 10 at The Meadows as the track hosts the Pennsylvania Sire Stake Championships for three-year-olds.

Four $250,000 finals will take place, one each for trotting colts, trotting fillies, pacing colts and pacing fillies.  Horses competing in the finals earned points throughout the summer in preliminary sire stake legs held at The Meadows, Mohegan Sun Pocono Downs and Harrah’s Philadelphia.

The top 8 point-earners in each division compete in the final, while the next 8 horses in points will compete in four $50,000 consolation events, bringing the purse total for the eight stakes to $1.2 million.

The championship events will be part of a full race card that will begin at 1PM. 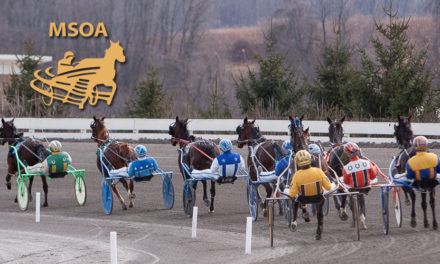